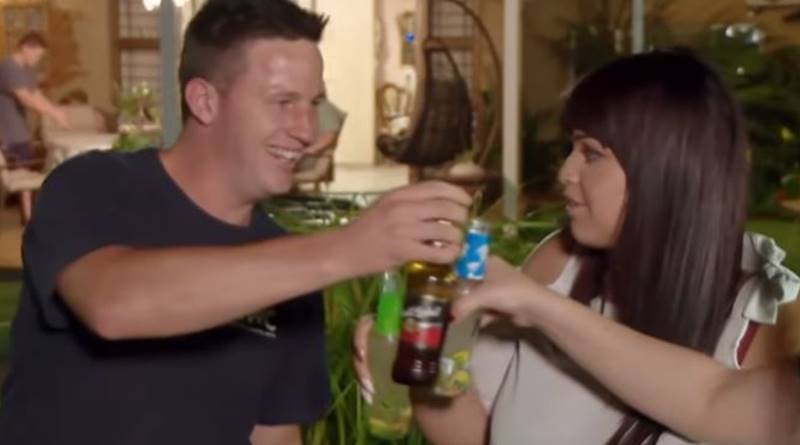 90 Day Fiance fans heard that Tiffany Franco and Ronald Smith split. Both of them claimed they made the divorce decision. After saying that she wouldn’t say much more on social media, Tiffany sent out a string of stories elaborating. Plus, on older posts, where people attacked her, she continues exposing the dirty laundry. Now she claims that Ronald relapsed even while she was with him in South Africa.

90 Day Fiance fans are divided over Tiffany and Ronald

While Tiffany and Ronald were popular in their season of the show, many fans hated on her. That arose early when she took Daniel over there. Other critics noted that she was setting herself up for life with a gambling addict. Plus, he had a criminal history. Right from the beginning, lots of people thought that really would never work out. However, as time went by, it looked like Ronald did okay with his addictions. But, critics grew angry when she returned to the USA. Thoroughly divided, the critics and fans come together on her Instagram to dice it out.

TV Shows Ace reported that the news came out on January 28. Many counter-accusations came out. In fact, Tiffany said he took ages to “pay her back on a loan.” To some fans, it might sound odd that a wife lends her husband money. She also said that Ronald lies about cash and whereabouts a lot. For his part, Ronald maintains the 90 Day Fiance wife is “controlling.” Well, fans saw him needing to surrender every receipt to her. So, that either showed severe controlling ways or that he had a problem. It sounds like both parties have plenty of issues, and slap bang in the middle of it sits a beautiful baby and a charming little boy. Recall that Danielle loved Ronald and called him his “dad.”

Fans question Tiffany, she claims he relapsed when she was with him

Under fire from a lot of critics, Tiffany fights back with quite lengthy explanations and a lot of allegations. Fiercely loyal fans stand up for her while others talk about how they felt Tiffany could do better. So, it’s an ugly 90 Day Fiance fight on her Instagram. Reality TV World noted that Tiffany told a follower, “But I am the bad guy right?” There certainly seems to be a lot of Tiffany critics. But every argument comes with two sides. The difference seems to be that maybe Tiffany simply fuels the situation by responding to critics all the time.

Conversely, Ronald just went very quiet. It’s hard to “poke a tiger” with a stick if it already “left the cage,” one follower noted. So, the trollers and haters turn out to bash Tiffany where they get plenty of responses. So far, a number of them were told by Tiffany to “F**k off.” But she also told critics that  Ronald relapsed plenty of times, and not just recently. Apparently, he also slipped up when she was there with him. The 90 Day Fiance star said to a critic, “he also relapsed when we were right there with him so no my love you are weong there as well, (sic).”

What do you think about Tiffany claiming Ronald relapsed while she was with him? Do you think that’s whey she upped and left him in the first place? Sound off your thoughts in the comments below.