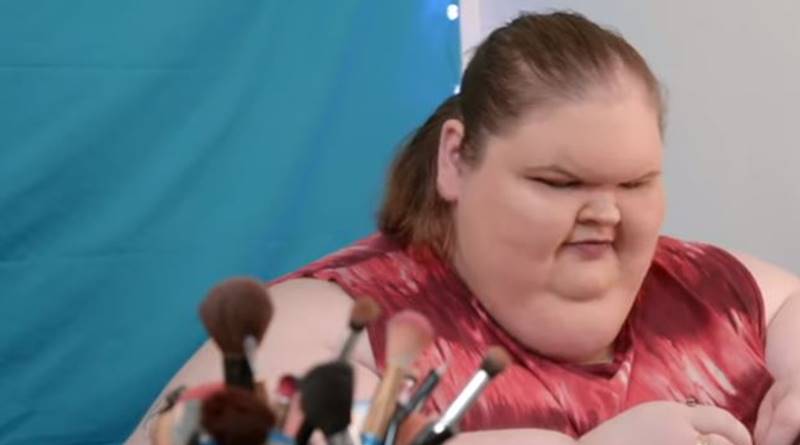 1000 Lb Sisters will soon deliver the last episode of the TLC show. Tammy Slaton went live on YouTube Thursday but couldn’t mention too many details about the show. She said that’s because she’s still under contract. Then over on Twitter, she revealed there is no season 2 coming up.

1000 Lb Sisters – Tammy denies a second season of the show

So many fans of Tammy and Amy Slaton hope to watch the rest of their journey. Plenty of them want a second season of the show. TV Shows Ace looked at the current season and discovered plenty of material for a renewal. After all, Tammy needs to lose more weight to get her bariatric surgery. But, Amy lost enough for hers. So, going forward, fans could see how that all plays out. We speculated that a second season could very well show fans much more. But, Tammy denied another season’s going to happen.

Over on her Twitter, Tammy said that an account is pushing out fake information. Her tweet read, “@1000lbslaton account is fake the slaton sisters profile is fake please don’t believe anything they’re saying.” Then, she said they are “wrong” about there being a Season 2. In fact, she reiterated the information after noting she doesn’t know where they get their information from. We checked out the account mentioned by the real 1000 Lb Sisters star but can’t find it, so maybe she reported it.

Fans react to the news of no new season

Fans reacted to the news from Tammy with sadness. Here’s what some of them said to her:

TV Shows Ace reached out to Tammy for confirmation, but the 1000 Lb Sisters star never replied. Then, Tammy later went to her YouTube to do a long Live with her fans.

Tammy says she can’t dish on surgery, weight, or other details due to her contract

During her live session on Thursday, Tammy said that Amy’s sleeping, which may be why she spoke quietly. Amy took written comments and answered them.  Several pieces of information emerged. One is that their cat got safely rehomed. Then, she noted that she’s getting over her illness. TV Shows Ace reported Tammy got quite sick recently, so that’s good news.

Plenty of people asked her about surgery and if she lost more weight. But Tammy said she couldn’t answer those questions. Although the 1000 Lb Sisters show’s nearly over she still has an NDA to worry about.

What do you think about Tammy saying fans should not expect a second season on the show? Do you still hope TLC might bring another one? Sound off your thoughts about it in the comments below.