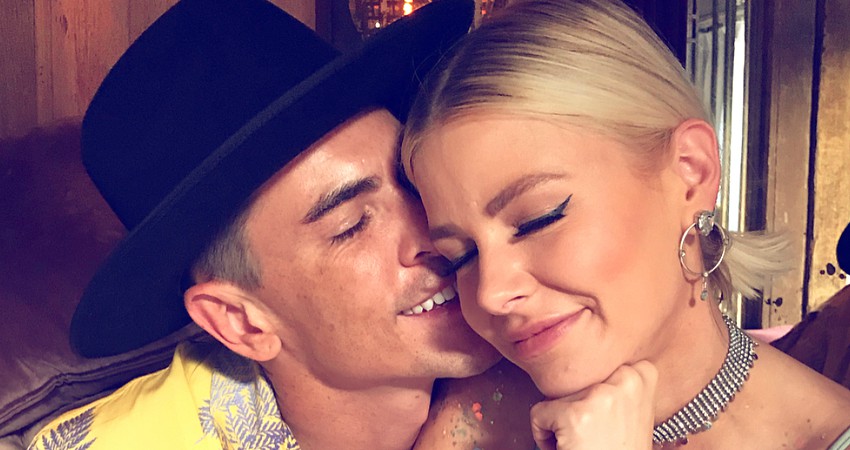 Vanderpump Rules fans are learning more about star Ariana Madix than ever before. After years of being in the background, Ariana is opening up about her life. After a hook-up with co-star Lala Kent was revealed last season, Ariana came out as bisexual.

One of her other co-stars threw shade recently over Ariana’s sexuality, but she had the perfect response.

It’s been well-documented on VPR that Ariana doesn’t see marriage and children in her future. Boyfriend Tom Sandoval seems to accept that, for the most part. However, Tom’s best friend, Jax Taylor, appears to have a problem with it.

During an appearance on Watch What Happens Live, a fan asked VPR‘s Jax about his friend’s relationship. Jax began to explain why Ariana doesn’t want to have children. He implied that  Ariana’s sexuality prevented it.

Jax muttered under his breath that the reason was that Ariana is a lesbian. He also accused Ariana of lying about it and advised her to “own it.”

Ariana did “own it” with an epic tweet retort. She tweeted, “I DO like women AND men.”

During her own appearance on WWHL, host Andy Cohen played the clip of Jax’s dig. After rolling her eyes, Ariana pointed out how her co-star’s comment was nonsense. Ariana pointed out that lesbians can both marry and have children. She said,

TV Shows Ace reports that Ariana had her own piece of advice for Jax. Chill out.

According to Ariana, her longtime boyfriend has no problem with her bisexuality. People magazine reports that the Vanderpump Rules star has been ‘open and honest’ about her bisexuality.

Ariana assures fans (and Jax) that Tom is onboard. She says, “It’s certainly not an issue in my relationship.”

One Guess Which Co-Star Ariana Could Do Without

Ariana also visited Entertainment Tonight for a wide-ranging interview about her depression and Vanderpump Rules’ many feuds. She discussed on the shouting match between her boyfriend and co-star Stassi Schroeder at TomTom.

As fans know, Sandoval sent Stassi a rude text about her upcoming book reading hosted at TomTom. During the confrontation later at the restaurant, Ariana appeared to be laughing.

However, the best-selling author dished on the reason for her amused reaction. The VPR star said the whole situation seemed absurd to her. Ariana also discouraged Sandoval from sending the text in the first place.

During a Q&A session, the gossip show had some questions for Ariana. Which Vanderpump Rules co-star could she go without ever interacting with again.

Ariana didn’t miss a beat when she replied, “Jax.” When asked for an explanation, she revealed that she doesn’t think Sandoval’s best friend is a “good guy.”

Vanderpump Rules airs Tuesdays on Bravo. Ariana reveals that things get even more personal for her and the rest of the cast as the season progresses.