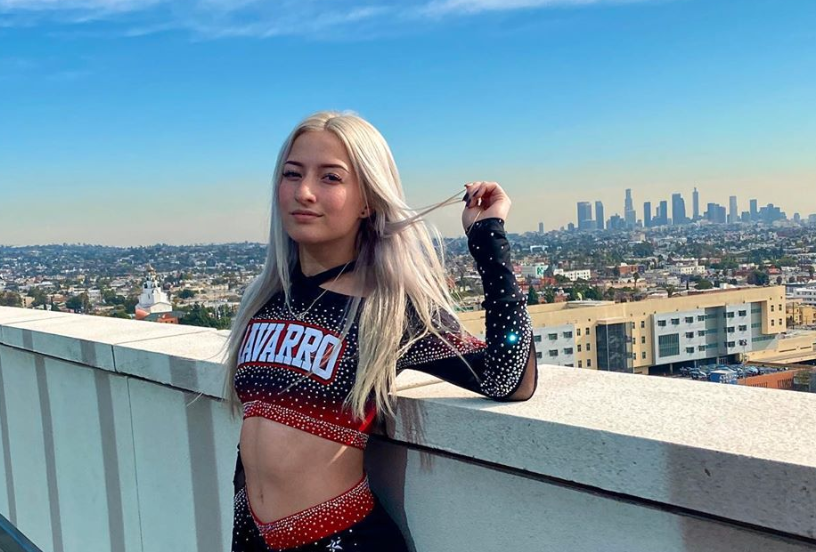 Netflix came out with a heartwarming and intense docu-series following the Navarro cheerleaders and their road to Daytona. One of the more iconic members, Lexi Brumback, was revealed to have been kicked off the team by the end of the show. Fans were gutted, but now she’s talking about how she earned her place back on the mat.

What happened after ‘Cheer’

Netflix fans everywhere binged the show Cheer when it came out at the beginning of 2020. One iconic member was Lexi. Lexi had gotten in trouble in the past but then found her way to the Navarro team where her coach, Monica, has deemed her one of the best tumblers she’s ever seen.

Lexi made strides throughout the entire series. However, at the end, it was revealed Lexi got in trouble. Unfortunately, Monica has a zero-tolerance policy and swiftly removed Lexi from the team. Thankfully, that wasn’t the end of Lexi’s time with Navarro.

The Cheer star later revealed on Instagram that she’s back where she belongs. In addition, Netflix actually tweeted out a video of Lexi and Monica talking about the situation E! says. In the video, Lexi says she proved to Monica that she was ready to be back on the team.

Lexi is proving herself

“I just want to prove to everyone that I’m not my mistakes. I’m what I make of them,” Lexi said about her actions in the video.

Apparenlty, it was a sad time for both Lexi and Monica when Lexi had to leave. However, they both knew that it had to be done.

“It was a very sad day when we had to have that talk, and we both cried and we both hugged it each other. We knew that it was necessary, but we knew we both didn’t want it to happen,” Monica said.

Thankfully, now no one has to worry about that again. Until of course, she has to graduate and leave Navarro.

Since her return, Lexi has been seen all over social media doing various press events and starring on television shows. According to Lexi, now the whole world is watching them. She wants to do extra well now that that is the case.

Have you seen the show Cheer? Are you happy to hear about Lexi’s return? Let us know what you think in the comments.

Come back to TV Shows Ace for news on all of your favorite Netflix stars.