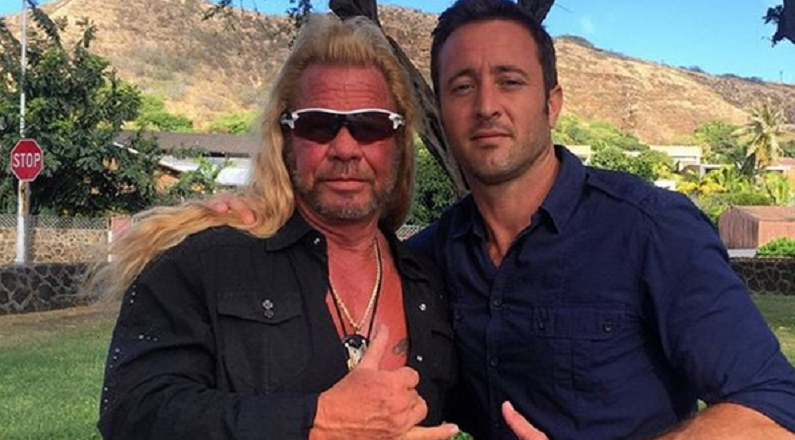 Dog the Bounty Hunter is addressing his relationship with Moon Angell. The reality star proposed to his female friend on television. This happened just seven months after the death of his wife, Beth Chapman. Fans are concerned that he’s taking things too fast, too soon.

Duane Chapman isn’t concerned though. He claims he’s not technically engaged. He’s also opening up about his supposed new girlfriend and why she’s so important to him. Read on to learn the details behind this confusing story.

He’s not engaged to Moon Angell

Duane Chapman made an appearance on The Dr. Oz Show alongside his new girlfriend, Moon Angell. Not only did he reveal the new love of his life, but he also proposed to her on television. The 66-year-old reality star asked for his girlfriend’s hand in marriage, even though they’re not technically engaged. Confused? So are the rest of us.

“Moon Angell, will you marry me?” Dog the Bounty Hunter is heard saying in the promo for the episode that’s expected to air on Monday, Feb. 3. Both Dr. Oz and Moon Angell looked shocked as ever. So are Duane’s fans. Before he proposed to his girlfriend, he admitted that he’s “a lot happier” with her by his side, as reported by In Touch Weekly.

Even though he proposed, the couple is not engaged, one source told TMZ. The two were just friends when their interview was recorded in early January.

“[Moon] has just been so good to me,” Dog the Bounty Hunter revealed to Radar Online. “I’ll get really emotional and find myself getting into a dark hole and she will tell me to suck it up. So it’s been good having her by my side.”

Duane also stated that the two are just good friends. But he admits that he’s ready to move on and find love again. He doesn’t like being alone. In in the emotional interview, Duane said that he’s “so lonely right now. I’m just really lonely.”

Dog the Bounty Hunter relied on her when he was suicidal

As People reported, Duane also credited his friend for helping him overcoming his suicidal thoughts. During his appearance on The Dr. Oz Show, Duane admitted that he’s had a difficult time following the death of his wife. Beth Chapman passed away after a long battle with cancer.

“Well, I couldn’t stop crying,” he said. “I’m Apache, I wasn’t going to commit suicide with a gun or something. I was going to take a lot of pills because she left – Beth left all of her big pills there. So I thought, I just need one drink a water.”

“You were going to commit suicide?” Dr. Oz asks him.

That’s when the Dog’s Most Wanted star thanked his friend for helping him during that dark time. He joked that she’s “pretty rough” and “brutally honest” with him. It was also Moon Angell’s idea for Duane to return to reality TV. When asked about their close relationship, she admitted that her relationship with Dog was “intimate.”

The episode of The Dr. Oz Show with Dog the Bounty Hunter and Moon Angell has fans raging, as reported by Celebrity Insider. Most are confused over the status of their relationship. Others aren’t happy to learn the news of their rumored engagement. They think it’s disrespectful to Beth. But it’s hard to know what’s really going on in Dog the Bounty Hunter’s mind.

It’s clear that he’s struggling with the passing of his wife still. Beth played an important role in helping Duane to realize what he should do with his life. Now he’s feeling lost without her. He also admitted that he doesn’t like to be alone since because his mind will start thinking of her. Maybe his friend helps him fill that void that’s missing in his life.

What are your thoughts on Dog the Bounty Hunter’s relationship with Moon Angell? Sound off below in the comments section.