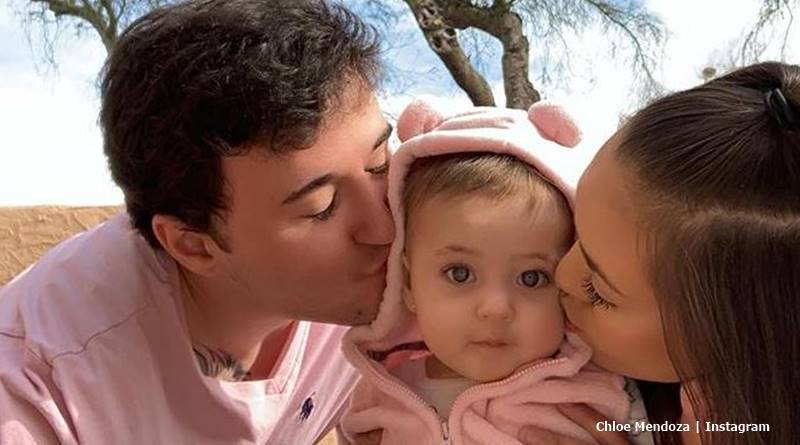 Unexpected dad Max Schenzel looks a whole lot better these days. In fact, Chloe posted a picture of him in December and he looked bright and drug-free. Now, it looks like Max is making a huge effort with his attitude. Even his probation officer said so. Fans of the young dad probably will celebrate that, as they often encourage him on his social media.

TV Shows Ace reported that Chloe shared a photo of Max on her Instagram. Thrilled to see him looking so very well, many fans congratulated him. They encouraged him to stay off drugs and keep getting his therapy. At one stage, fans grew angry with her because they felt she didn’t take it seriously enough. Plus, fans knew from the start of the show that he ran into trouble with credit cards. He seemed very confident he wouldn’t do jail time. But she told him he better not, or it’s “bye bye daddy.”

Starcasm later revealed he had more run-ins with the law than the show covered. In July, they noted that he already racked up other clashes, including one for “failing to appear or his underage drinking charge while at a casino on July 4.” That came even before the credit card incident. At one stage, Max made a big deal about going to an AA retreat. Chloe’s mom felt he lied as he never completed it. And, it turns out she was right. But the young Unexpected star seems to have now gotten a huge attitude change.

In their latest update, the outlet noted that Max was back in court again. This time, the probation officer spoke up in his defense. It looks like he had only good things to say. These included him telling the courts that he made “positive changes.” Not only that, but he also went along to his counseling session.” Also, he submitted his various drug tests on time and stayed on his medicines.

More than that, it looks like the Unexpected star requested more counseling. These include “anger management classes in addition to his substance abuse treatment.” Well, it looks like his new attitude could help him, especially with anger management. He actually got into trouble for throwing his phone at Chloe in a fit of anger. Things seem to look up for him now, as he also took a job recently.

Hopefully, Max stays on the road to improvement. He’s popular with many fans who wish him only the very best in life. What do you think about him getting serious about addressing his problems? Sound off your thoughts in the comments below.

‘Bachelor In Paradise’: First Former Lead Heads To The Beach Looking For Love
‘Bachelorette’ Fans Asked, We Answer: What Does ‘Sex-Positive’ Mean?
Dr. Now Shares A Key Factor In Reversing Obesity: What Is It?
‘Counting On’ Fans Worry About Jill Dillard’s Dog – What’s Wrong?
‘Autopsy: The Last Hours Of Sonny Bono’: Release Date, How To Watch