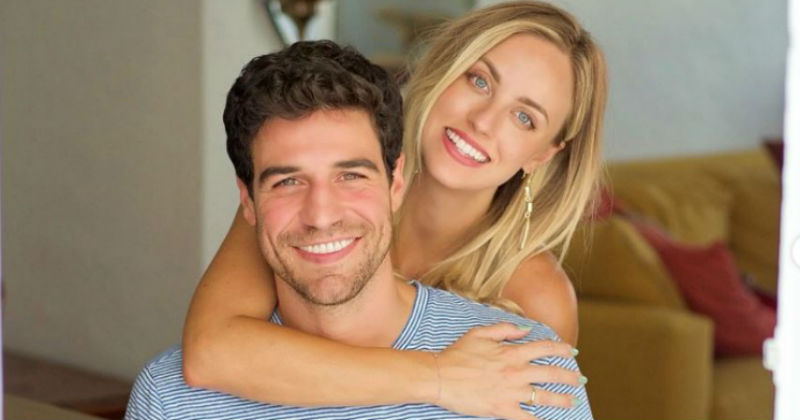 Another Bachelor couple has decided to go their separate ways. It was announced Wednesday that Joe Amabile and Kendall Long have broken up. There was speculation the split was coming due to lack of together photos on social media. The last picture posted together was January 6. They both still looked very happy, so what went wrong?

People reported the split between Joe and Kendall. They were together more than a year and prior to this fans thought an engagement was soon to come. Sometimes, however, things just change. The former couple released the following statement,

“We have decided mutually to go our separate ways. Joe has made the decision to move back to Chicago while Kendall will be remaining in her hometown of Los Angeles. Our family and friends have always been an extremely important element to who we are as people. We can’t imagine continuing our lives without them closer, especially when thinking of starting a family of our own one day. We both respect each others’ decision and still have a great deal of love for each other.” They finished their statement saying, “We appreciate all the love and support everyone has given us throughout our relationship.”

Their relationship over the past year

Joe and Kendall met during Season 5 of Bachelor in Paradise. They were attracted to each other and had feelings, but did not leave the sands of Mexico together. However, at the after reunion show, they announced after filming they reconnected and were dating.

Joe went on to compete on Dancing With the Stars. Kendall supported him through the process. She continued to do so when he hit the road for the live tour in the fall of 2018. Kendall even went with him on tour to keep their romance alive.

In April the two announced that they were moving in together in West Hollywood. All seemed right with their world and Kendall even spent Thanksgiving with Joe’s family this past year. Joe and Kendall were so in love and fans were waiting impatiently for a proposal. Unfortunately, a proposal never came.

Neither Joe or Kendall have made any social media posts just yet about their break-up. Perhaps in time they will each individually address their split. Do you think their is a chance for them in the future?

Stay tuned to TV Shows Ace for more Bachelor Nation news. In the meantime, don’t forget to tune in next Monday and Wednesday night for The Bachelor on ABC. Things are certainly heating up for the leading man, Peter Weber.