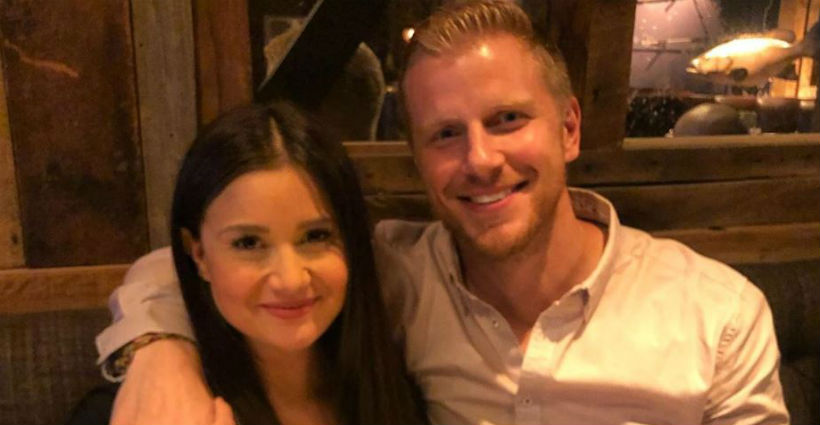 It’s a good question and one that has been a topic recently in The Bachelor world. Should or will Bachelor alums allow their children to watch the season they were featured on? Well one of them is going to let it happen, or at least some of it. Catherine Giudici Lowe has revealed she will let her kids watch her and Sean fall in love on The Bachelor. But, what’s the catch?

While the children will be allowed to watch the show, there is a catch. Catherine has revealed to US Weekly that she is paying someone to edit everything out about Sean dating other women. They will also be editing out all the make out scenes.

Catherine said, “My kids have not seen the show [yet].” She continued on saying, “We watch cartoons here and I am actually commissioning somebody to remove all of the makeout scenes and all the dates with other women so that I can watch it without having an anxiety attack. They will watch that.” Catherine admits she wants to watch it all again, well parts of it.

Another former Bachelor was also recently faced with this same dilemma. Jason Mesnick revealed that his teenage son wants to watch his and Molly’s season of the show. Jason’s season is the only one that is currently being aired on Netflix. What would you do?

Six years ago today, I married my best friend. Our story is like many others- we met at a cocktail party, I courted her for a season, we fell in love, I proposed, we rode into the sunset on an elephant as credits rolled, and we got married in front of our family and closest seven million friends- tale as old as time. It was and will remain the best decision I’ve ever made in my entire life.

Does Sean and Catherine watch new seasons of The Bachelor?

According to Sean, he doesn’t really watch the show anymore. He said, “Catherine does, [but] I don’t really anymore. It’s like, I’m an old man now,” Lowe told Us exclusively in July. “Catherine will be watching The Bachelorette and I’ll be upstairs watching something lame. Like, I just got done watching the Ken Burns Roosevelt documentary!” Sean added in that Catherine makes fun of him often, but he likes being the boring dad.

As for Catherine, her life is anything but boring. She is now a busy mom of 3 since welcoming their daughter, baby Mia, in December. Catherine said, “Literally, I’ve been perpetually pregnant or breast-feeding for the past four years of my life. Knowing what to expect in that newborn phase has been nice because you’re not worried in the middle of the night if they’re alive, you’re not stressing about the fact that you don’t sleep. You just anticipate what is going to happen, and it makes it a lot easier.”

Sean and Catherine also just celebrated their sixth wedding anniversary. After falling in love during Season 17 of The Bachelor, they got hitched in 2014. They are still incredibly happy and living their best life with their adorable family.

As if being a mom isn’t busy enough, Catherine has also been busy promoting Kite Hill’s #DairyFreeBeautyChallenge. She said she has totally noticed a change in her skin since going dairy free. She also has more energy. The challenge is encouraging consumers to join the plant-based movement in 2020.

Stay tuned to TV Shows Ace for more news on The Bachelor.