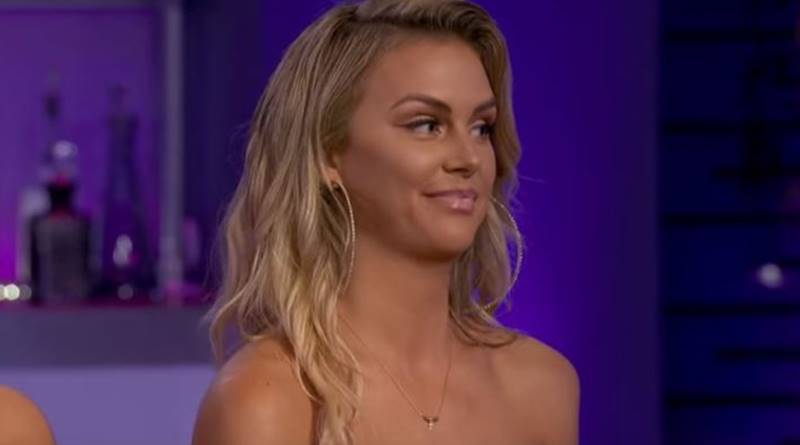 VPR fans know that Lala Kent adores Randall’s kids from his marriage to Ambyr Childers. It wasn’t always plain sailing between the two women over Lala adopting a parental role. But, that’s fixed now, and Lala looks forward to making her own babies soon. They get married in April, and Lala simply can’t seem to wait for her kids to come along.

VPR – At one stage, Ambyr and Lala Kent clashed over Randall’s kids

Vanderpump Rules fans heard the clash between Ambyr and Lala got public when Ambyr called Lala out for posting pics of the kids. At the time, she told Lala to just stop doing it. But later, Lala shared more photos of the kids. TV Shows Ace reported in December, that Lala shared a photo in a Christmas setting. The picture showed Rylee and Lala standing by a Christmas tree. Rylee cuddled up to Lala, looking affectionate. Part of the post read, “I’m grateful for your mama and dad for sharing you with me, Ry Bear.”

That seemed to indicate that perhaps Ambyr and Lala Kent made up their differences over the kids. It became clear that’s exactly what happened, and the VPR star apparently talked to Ambyr about it. US Weekly noted that Lala and Randall talked about that on Teddi Mellencamp’s podcast this week. The two women agreed to give it another try, shed a few tears, and moved on from the clash in the interest of the kids.

To say she is an angel child is a very big understatement. She is a boss baby. You can’t hustle her- but once you’re in with Rylee, her love and cuddles are like nothing else. I’m grateful for your mama and dad for sharing you with me, Ry Bear ♥️

In the podcast, Lala and Randall talked about co-parenting his kids. They feel it’s very important for the kids not to feel any friction between them. But, they also talked about making their own babies. It certainly looks like Lala’s keener than Randall, though he wants them too. He feels it’s best to enjoy being married for about a year first.

But, Lala wants to start trying straight after their wedding. As she pointed out, “I’m like, ‘OK, well, that’s nine months to make a baby, so we can just get it poppin’ and then you know in a year the baby will be here!” Actually, Randall feels that so far, they both worked out everything just the way it should be. He noted that he and the VPR star dated for three years, so this is no rushed wedding. Plus, they worked on making sure his own kids are in a good place. But, when it comes to making their own babies, it looks like Lala won’t wait. She just can’t wait to have them.

What do you think about Lala Kent wanting her babies to start coming along as soon as possible? Do you think Randall will try and stop that? Sound off your thoughts in the comments below.

Remember to check back with TV Shows Ace often for more news about Lala Kent and the rest of the cast of Bravo’s VPR.