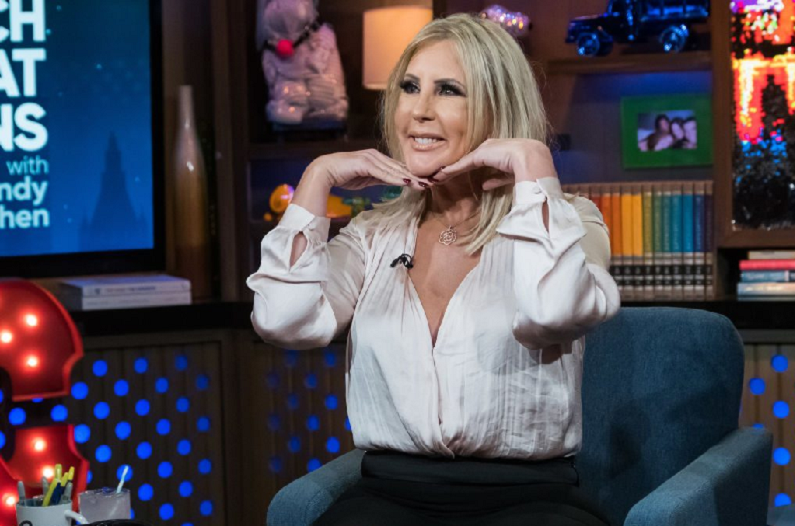 Vicki Gunvalson may have left The Real Housewives of Orange County, but she’s not leaving quietly. Like Tamra Judge, she’s been burning a few bridges lately. RHOC fans wondered if Vicki was fired or was offered a “friend” role once again. New reports are revealing what really led to Vicki leaving the show she helped start. She’s been throwing shade against the show and its producers on Twitter, as reported by Reality Blurb.

Over the weekend, fans were in a shock when Vicki announced she was leaving the show she was part of for 14 years. The 57-year-old said she was happy to leave the franchise behind. RHOC fans wanted to know the reason behind her exit. Was Vicki fired? Or, did she leave because she was offered the “friend” role for the second time in a row?

As HollywoodLife.com reported, Vicki was informed that she would not become a full-time housewife. So, she decided to leave “on her terms out of respect for her.” Bravo had an idea that Vicki would take the offer hard so they let her know so she could make that decision for herself. She even spoke to Andy Cohen before making her announcement on social media.

Vicki made the difficult decision to leave the series behind. While she’s sad about leaving, she’s excited about what’s to come. She can focus on her new podcast and other projects she has in the works. At November’s first ever Bravocon, Vicki revealed that she would not return to RHOC unless she became a full-time housewife again.

Even though she left the show on her own terms, she’s still throwing shade at Bravo and the producers on social media, as reported by Reality Blurb. On Sunday, Jan. 27, she threw some daggers at the reality series on Twitter. One fan remarked that RHOC isn’t going to be the same without her. The fan also thanked Vicki for “giving us more than a decade of amazing and iconic reality TV.” But Vicki seemed to be satisfied over her decision.

“I’m good actually,” Vicki responded to a fan. “The show was going down a very bad path. I’m feee [sic] now to do what I want!”

I’m good actually. The show was going down a very bad path. I’m feee now to do what I want! ❤️💃

Shortly after Vicki’s announcement, Tamra Judge announced she was leaving the series. The Bravo star was also offered a “friend” role and decided to leave on her own terms as well.

The OG housewife accuses producers of “manipulating” her

Andy posted a tribute to Vicki on his Instagram page. But that still didn’t win her over. The original RHOC co-star called him out on Twitter. Vicki revealed to another fan that he didn’t support her after the RHOC reunion. She also remarked that she should’ve quit sooner.

“Very telling…. no thx to Andy. I don’t blame you, he really didn’t have your back this reunion,” the fan tweeted.

“No HE didn’t!” Vicki responded. “Very telling to say the least. Shouldn’t have stayed as long as I did.”

I remember the first reunion I did with Vicki Gunvalson. Occasionally our eyes would meet as I grilled the other women, and she would wink at me optimistically and effervescently as both of her deep dimples shone. She kept winking at me Year after year, and it always made my heart smile. Vicki is an original, who remained her authentic self from her Family Van-freakout through her last reunion. It’s so hard to remain exactly who you are after being on television for so long, but Vicki is one of a kind. Thank you for everything, @vickigunvalson – what a ride. And it’s not over. (This pic is actually from the Season 3 Reunion, and I always really liked it..) ❤️ 🍊 #RHOC

Vicki wasn’t done burning bridges yet. She also accused RHOC producers for “manipulating” her into making up storylines. It all happened when rumors about her getting fired swirled on Twitter. One fan said that Vicki’s ego wouldn’t allow her to admit those rumors, as Reality Blurb reported.

There is a lot you didn’t see, and my producers and I are very close. However, after being lied to and manipulated I lost my “shit”. Always 2 sides to every story

“There is a lot you didn’t see, and my producers and I are very close,” Vicki tweeted. “However, after being lied to and manipulated I lost my ‘s**t.’ Always 2 sides to every story.”

Vicki also revealed that money also played a role in her leaving. She then tweeted that it is the “end of era” with both her and Tamra leaving. But now she has a new podcast titled Whoop it Up with Vicki that she’s looking forward to. Vicki would also like to return to reality TV in a spinoff that would focus on her insurance company and family life. It’s doubtful that the series will end up on Bravo.

What are your thoughts on Vicki Gunvalson’s departure? Do you think there’s some truth to the story? Sound off below in the comments section.

Don’t forget to check back with TV Shows Ace for the latest news on The Real Housewives of Orange County.