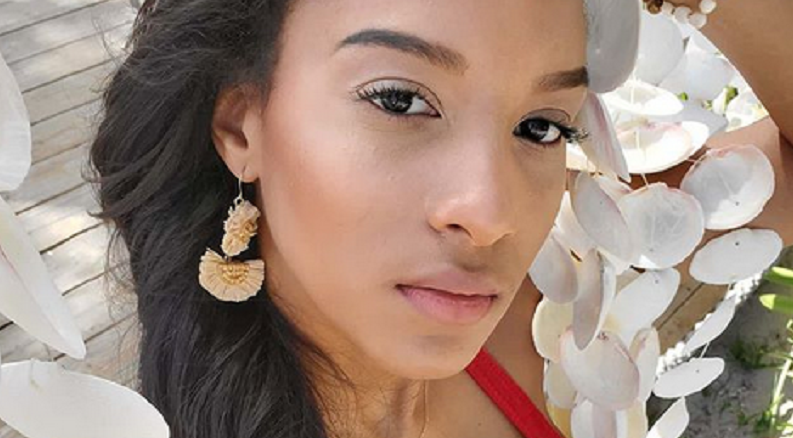 That’s when fans accused her of going under the knife. Fans thought she injected her lips with fillers. Others assumed she got Botox because her skin was so smooth. The TLC star decided to address the plastic surgery rumors on Monday, Jan. 27.

The Family Chantel star caught wind of the plastic surgery rumors, as reported by In Touch Weekly. She runs a tight ship on her Instagram page. Chantel is always responding to rumors in her comments section. Fans flooded her latest Instagram post in which she lays back on her furry blanket. The new selfie showed off her flawless face and full lips.

But the questions didn’t stop there. Another fan bluntly asked the television personality if she had a nose job. She quickly quashed that question and credited “makeup” for her contoured nose.

This isn’t the first time that she’s been hit with plastic surgery rumors. Back in June 2019, her 90 Day Fiance co-stars thought she looked bustier than ever on Season 4 on 90 Day Fiance: Happily Ever After. On the series, Chantel often wore blouses and dresses that emphasized her curves.

Many of her co-stars on 90 Day Fiance: Pillow Talk couldn’t stop talking about her breasts. Some of them thought that she either had breast implants or breast augmentation surgery.

“Those f***ing boobs, they’re like, ridiculous,” Loren Brovarnik said, as reported by Life & Style. “She definitely got them done.”

Annie Suwan agreed. “Look at the first season,” she exclaimed. “[Chantel] doesn’t have the big boobs!”

Chantel put those boob job rumors to rest with one simple photo. She posted a photo of herself from 2009 next to another photo from 2019 as part of the 10-year viral challenge. She shows off her cleavage in both photos. In the caption, Chantel wrote: “and the answer to your boob question is…”

Are Chantel and Pedro still together?

The reality star has been quiet on social media lately. However, fans noticed that the Family Chantel star attended an event with her husband, Pedro Jimeno in December 2019. Long Island Medium Theresa Caputo star shared a photo of herself with the couple on social media.

A few weeks later, Chantel wrote on Instagram that she looks forward to the new year. Even though the couple was spotted together in recent months, it’s hard to tell if they’re still married. She rarely posts photos of Pedro on social media. His last photo with Chantel was in October 2017, while hers was from July 2019.

Both the married couple and their families have been hit with drama for some time. On The Family Chantel, both Pedro and Chantel’s families had a face to face conversation that turned into a heated altercation. But that’s not stopping them from staying married. As TV Shows Ace reported, The Family Chantel will be returning for a second season.

What are your thoughts on the plastic surgery rumors surrounding Chantel Jimeno? Sound off below in the comments section.

Tori Spelling And Dean McDermott Divorce Rumors, Dean Has Excuses For Everything
‘Sister Wives’ Janelle Brown’s Outlook Is Why Her Following Is Growing
Joy-Anna Forsyth Dragged For Putting Her Kids In ‘Unsafe’ Situation
‘B&B’ Weekly Spoilers: Quinn & Carter On Again, Steffy & Finn Get Closer
Here’s Why Producers Chose Clayton Echard For ‘The Bachelor’