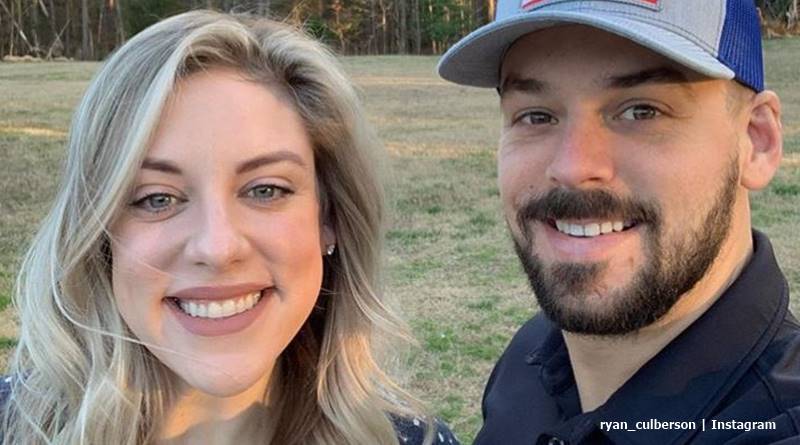 RHOC fans heard that Vicki Gunvalson left the Bravo show. On her Instagram, Vicki left a heartfelt message about it the other day. Meanwhile, her daughter Briana and her husband Ryan Culverson are quite active on their Instagram. On a post shared by Ryan, Briana reacted to a fan who asked her about Vicki leaving.

RHOC – Briana says Vicki leaving the show is rather ‘sad’

On Sunday, Ryan posted up a nice photo of the couple. he captioned it with, “When you find out your friends bought a new @traegergrills you head over and help them assemble it!” Fans started commenting on how well they look, and about The Real Housewives of Orange County.  One fan noted, “I’ve got to say – of all of the RH cast Briana is my favorite. This woman – though her young age – has been the classiest and mature of the entire franchise. I’ll miss her most! 🥰”

But, another fan wanted to know how Briana felt about her mom leaving RHOC. They wrote, “Wishing Briana would make a statement regarding the show!! ❤️ But so glad we got one final scene with her and Tamra discussing Vicki.” It seems that Briana’s not really into making statements, but she replied anyway. And, she described it as rather “sad.”

In her statement, Briana said, “I’m not really a “statement” kind of girl, but I will say that it’s very sad.” She then went on to say that it’s “the end of a wonderful journey for my mom.” Despite a lot of friction on the show, she noted, “We’ve had a lot of fun as a family on the show and I’m very proud of her and love her.” Vicki’s fans will, no doubt agree with what she said next: “Her absence will be significant and she will be very missed on the show.”

TV Shows Ace reported that Vicki left with a positive attitude, but also some sadness. After all, RHOC was a big part of her life for many years. In her post the day before Briana’s statement, Vicki mentioned, “I will always be the OG of the OC, but it’s time to say goodbye to The Real Housewives of Orange County.” But, she’s looking forward to new projects in her life, so fans haven’t heard the last of her.

When you find out your friends bought a new @traegergrills you head over and help them assemble it!

Vicki rues staying as long as she did on the show

US Weekly reported that Vicki and Andy Cohen seemed to come to the end of the road. In fact, on a tweet, she answered a fan who noted Andy chose not to bring her back for the reunion. “No, HE didn’t! Very telling to say the least,” adding, “Shouldn’t have stayed as long as I did.'” But, she also noted that not returning to show now gave her the freedom to do what she wants.

What do you think about Briana’s statement that says Vicki Gunvalson leaving the show is “sad?” Will you miss her? Sound off your thoughts in the comments below.

Remember to check back with TV Shows Ace often for more news about Bravo’s RHOC.