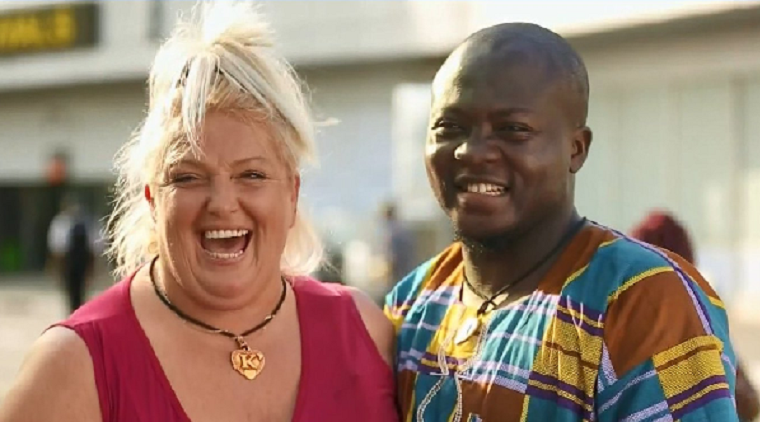 90 Day Fiance couple Angela Deem and Michael Ilesanmi tried to resolve Michael’s K-1 visa issues. On the seventh season of the TLC series, the couple scrambled to get his K-1 visa approved so he could come to the United States. Angela had plans to marry Michael in front of her mother and the rest of her family. However, Michael’s K-1 visa was denied after his interview.

Angela had to fly back to Nigeria to resolve the issues with his K-1 visa. She was also hoping to get some answers from the U.S. Embassy but her plans quickly unfolded. The only option that was available to the couple was to get married in Nigeria and then apply for a spousal visa, so Michael could come to the U.S. On 90 Day Fiance’s recent episode, Angela hated the idea of getting married in Nigeria. But it looks like she changed her mind.

According to the fraudedytlc Instagram account, Angela and Michael got married on Monday, Jan. 27 in Nigeria. The post shows a photo of the happy couple. Angela is seen wearing a white wedding gown, similar to the one she tried on in a previous 90 Day Fiance episode. Michael is seen wearing a blue suit and matching tie. In another shot, the couple is seen holding hands and looking into each other’s eyes.

It’s likely that their wedding day will appear on a future episode of 90 Day Fiance. You can see a camera crew in the background. Check out the post for yourself below.

Other photos surfaced in a 90 Day Fiance Facebook group. Users revealed that a camera crew was also spotted at a Nigerian airport. In the alleged photos, Angela is talking to one of the members of the camera crew. She looks angry as she points toward the camera and has her other arm raised in the air, as reported by Reality TV World.

“A pastor in my fb uploaded this picture yesterday when he arrived from Canada to Nigeria … Look who is in the back,” the poster wrote.

We’re pretty sure that Angela and Michael’s dream wedding will come with its share of drama. Only time will tell when fans will get to witness it in all of its glory.

Will the couple return to ’90 Day Fiance’?

There are only so many episodes left in Season 7. So far, there have only been two weddings. Fans saw Michael and Juliana and Sasha and Emily exchange vows. There was also a sneak peek of Robert and Anny’s upcoming nuptials. But just because Angela and Michael don’t get married this season doesn’t mean it’s the last of them.

They could return to another season of 90 Day Fiance. It’s also likely that Angela and Michael could appear on 90 Day Fiance: The Other Way. With the travel ban still in effect, it could be impossible for Michael to come to the U.S. That would mean Angela would have to leave her family behind to be with her husband.

What do you think of Angela and Michael getting married? Do you think Michael will finally make it to the United States? Sound off below in the comments section.