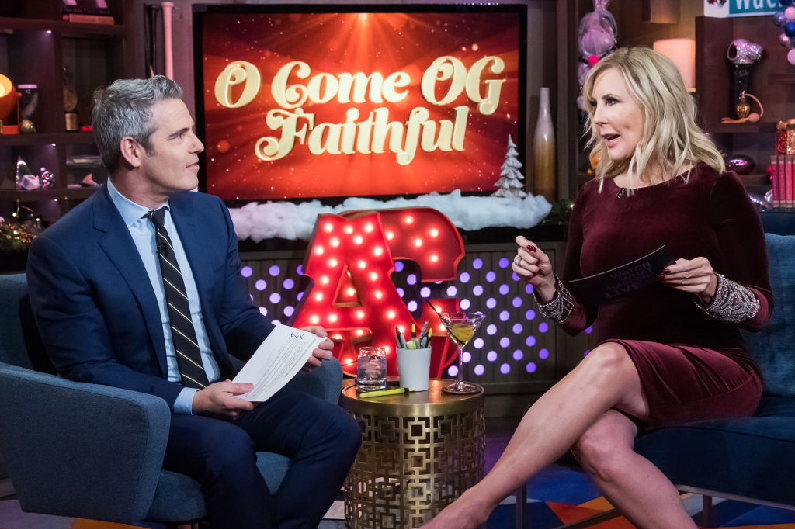 Vicki Gunvalson has some harsh words for Andy Cohen. She’s not happy that she was demoted from full-time housewife to “Friend of the Housewives.” As TV Shows Ace reported, the OG housewife has since stepped down from The Real Housewives of Orange County after appearing on the show for 14 years.

Leaving the franchise that she helped launch was not easy for the insurance agent. RHOC fans want to know what really happened. It seems like there’s more to the story. Vicki revealed that Andy Cohen is to blame.

Following her shocking announcement, fans flocked to her social media accounts to show their support. As Showbiz CheatSheet reported, one fan told Vicki that they’re not surprised with her decision since he didn’t support her during or after the reunion. Vicki said it was his lack of support that led her to finally leave the show. She considered it before but finally found the strength to move on.

“No, he didn’t,” Vicki responded. “Very telling to say the least. Shouldn’t have stayed as long as I did.”

It looks like #VickiGunvalson isn’t too happy with #AndyCohen following her departure… Thoughts?🍊 #RHOC

But then another fan mentioned that she was to blame since she filed a lawsuit against both the cable network and the production company, Evolution Media. Vicki didn’t take that accusation too well. She knew she had to defend herself against the troll who got their information wrong.

“Read your facts straight,” she responded. “It was a cease order to have them not air lies about me.”

She has decided not to stay for Season 15 of RHOC to reprise her “Friend of the Housewives” role. Before production even began, Gunvalson decided to make the announcement on social media. She reminded fans that she will always “be the OG of the OC.” She thanked RHOC fans for their support and for “‘whooping it up’ with me along the way.”

While Gunvalson won’t be on the Bravo series anymore, she will continue to keep in touch with her fans with her new podcast. It’s aptly titled Whoop it up with Vicki, but it’s not clear what she’ll talk about. She also hinted that she has other projects lined up that are “exciting, empowering and inspirational.” A day after Vicki made her announcement, Tamra also confirmed that she will be leaving the show after 12 years.

Vicki didn’t appear happy to be on the Season 14 reunion. She told OK! Magazine that she felt disrespected by both Andy and the show’s producers. The reality star has no interest in creating storylines just to be on the show. Vicki wants to show her life the way it is, but she didn’t have any say in the matter.

In case you didn’t know, Kelly had a difficult relationship with both Vicki and Tamra. But now that both ladies have announced they won’t return for Season 15, she has a lot to celebrate. Once the shocking news broke, Kelly threw shade at her former co-stars. She shared a video of RHOC fans celebrating on the day that both Vicki and Tamra announced their departure. In the clip, fans are heard cheering and calling Kelly “the queen of the OC.”

What are your thoughts on Vicki Gunvalson’s comments about Andy Cohen? Do you agree that he showed little support for the OG housewife? Sound off below in the comments section.

Don’t forget to check back with TV Shows Ace on the latest news about The Real Housewives of Orange County.