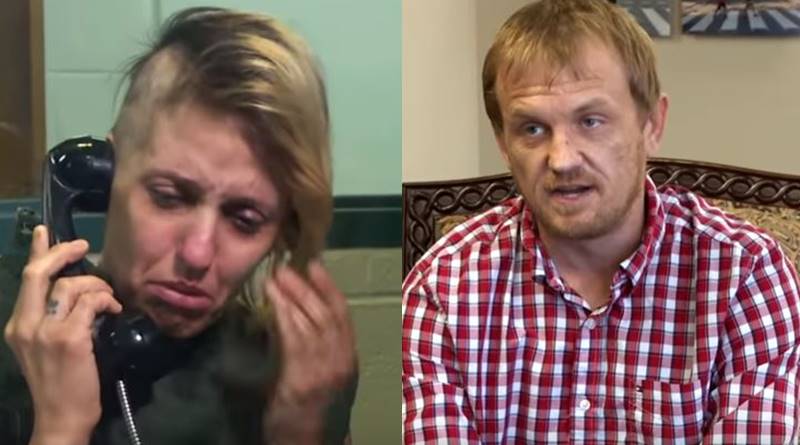 Love After Lockup fans hate seeing Tracie Wagaman so obviously struggling with meth. And, angry now, they think that Clint’s partly to blame. Plus, many of them feel that his parents actually enable his own drug habits. Fans took to Twitter with anger, fear for Tracie, and concern that Clint’s preventing her from dealing with her issues.

In December, TV Shows Ace reported that shocked fans saw Tracie looked really worse for wear. Popular at one stage for trying to get her life together, she lost weight, got big bags under her eyes and looked dreadful. They also heard that Clint’s mom wouldn’t have her in her home, so essentially she was homeless. It’s a sad situation, they think, and they genuinely fear for the reality TV star. Now, they complain about Clint being on drugs as well.

Meaww reminded Love After Lockup fans that Tracie’s back in jail. The Life After Lockup spinoff by WEtv showed that Clint sort of making an effort to get Tracie out again. But, it means going against his parent’s wishes. For some reason, they seem to think Clint’s just fine. But, he also got arrested for marijuana. His parents can’t seem to see that he probably does meth as well. Angry fans think that they see no wrong in Clint, who probably enables Tracie’s habits. In the meantime, the parents enable Clint’s behavior, they feel.

Angry fans take to Twitter about Clint, his drugs, and his parents

Over on Twitter, Love After Lockup fans really seem very concerned about Tracie. Their comments reflect that they fear for her. But they also had plenty to say to Clint and his parents. Here’s a selection of those concerns:

What did you think about the fact that Clint’s parents seem to blame Tracie for everything? Meanwhile, to many fans, it’s obvious he takes heavier drugs than marijuana. Do you think by enabling him, he also enables Tracie’s downfall? Sound off your thoughts in the comments below.