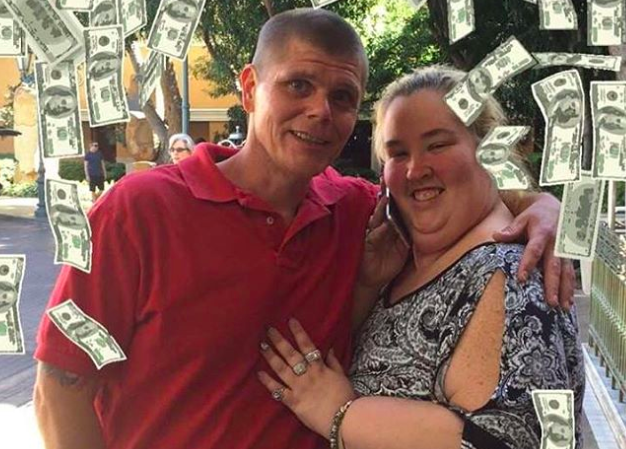 According to Blast, Mama June (aka June Shannon) tried to sell a pair of used Nike shoes for $70 on Facebook when all the drama began. June wrote, “Used barely worn only worn 3 time $70 can meet up located in mcdonough ga.”

From Not to Hot…to Drug Addict?

June’s sister, Janice, left a comment on the Nike shoe post saying, “June your brother would be so disappointed in you PLEASE CALL ME OR GET YOURSELF SOME HELP.”

Her mother also added a fiery comment. She said, “June u need to get help before u lose everything and everyone. He is not good for u all he wants is ur money or everything u got for him and his family. U need to think of your own girls and grandkids who love and miss u. I never thought u would end up like this and let a man run over you and take everything u worked for.”

The man June’s mama is referring to is her infamous boyfriend Geno.

Mama June then clapped back at her family by posting, “FYI PEOPLE I HAVENT SPOKE TO OR HAVE THE DESIRE THE SPEAK WITH MY MOTHER Sandra Hale IN MANY YRS SHE CARE BOUT NO ONE BUT HER SELF PERIID SHE HAS NO IDEA WHAT IS GOING ON IN MY LIFE N NO IM NOT MISSING OR OFF THE GRID.”

Her mother got the last word by making it clear that being estranged was June’s decision. She wrote, “It is Junes choice not to talk or associate with me or Janice.”

Well decided to get back at it im not saying im.perfect as everyday is a strugglr n some days i just want to disappear n even though me n kids arent still seeing each other n its veen very hard on all of us but i hope one day that will cgange as i want them to know i miss n love them very much.

It’s been a while since any of us have seen an episode of Honey Boo Boo, so I don’t blame you if you’re wondering Honey Boo who?

Mama June and her family rose to fame in 2011 after her then five-year-old daughter, Alana, appeared on Toddlers & Tiaras. From there the family received their own show called Here Comes Honey Boo Boo. This show featured Alana, or Honey Boo Boo, and her siblings.

The Daily Mail states that Here Comes Honey Boo Boo was canceled after only four seasons. TLC canceled the show in October 2014. This was due to Mama June becoming involved with her ex-boyfriend, Mark McDaniel a convicted sex offender

Mama June then got another show called Mama June: From Not To Hot. This show just ended in May 2019. According to the International Business Times, the fourth season was booted after Mama June decided to be with her now current boyfriend Geno. The star also refused professional help for her drug problem.

What do you think of Mama’s June decision to stick with her controversial boyfriend despite her family’s pleas to leave him? Let us know in the comments below!