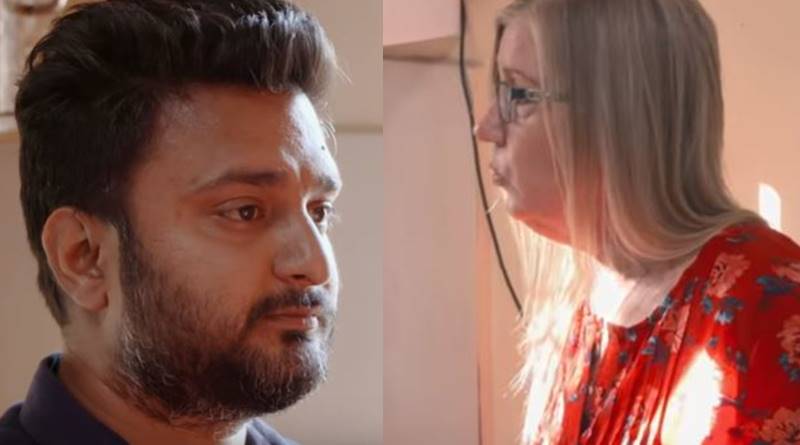 90 Day Fiance fans might be wondering if Jenny just told a fib to her followers. On Sunday, January 26, a fan asked her if she and Sumit are together. Well, her answer differed widely from someone who leaked they were spotted in Dehli, India. But, it’s not the first time Jenny or Sumit gave conflicting information to fans on their Instagram

90 Day Fiance – Jenny and Sumit in Dehli, India, according to a fan

The story of Jenny and Sumit brought a lot of skeptics. After all, Jenny always denied that nobody knew Sumit was already married. After years together, fans simply couldn’t understand how he got away with it. Bear in mind, right near the beginning of their season, fans on Reddit and Instagram already suspected he had an arranged wife tucked away somewhere. But, that slipped by the producers of the show, allegedly. TV Shows Ace reported that “Alon Orstein…a senior vice president of production and development at TLC, said they were ‘caught by surprise.’”

Well, some fans believed the story began with a lie and probably ended with a lie despite TLC’s denials. After all, Sumit catfished Jenny, but she still went ahead and moved in with him anyway. Jenny wept heartbroken tears when Sumit’s family and his wife’s family came to their apartment and confronted him. And yet, they still seem very much in love. Surprisingly popular, the couple’s 90 Day Fiance fans often ask if Sumit got a divorce. They also ask if they’re together. And, given that someone spotted them in Dehli, India, and the way Jenny replied, it looks like evasive and conflicting information arises again.

Leak says the couple is together, Jenny denies it – on the same day

Many fans question both Sumit and Jenny about the divorce. Variously, the replies come back that he is divorced, he’s awaiting finalization, and it’s in the pipeline. Now, a leak came out that said she is in India. Delivered by @frauedbytlc on Instagram, someone sent in the info. On their page, they shared a message that came in. It said, “Hi, just saw Jenny and Sumit (Think that’s his name) in Connaught Place in Dehli last evening.”  The tipster added, “They were strolling. I don’t know if this is of interest.”

Unfortunately, no video or photo accompanied the post. So, we can’t say if the tipster misidentified someone or if Jenny’s telling fibs. Over on her Instagram, she posted a pic of herself that really could be anywhere in the world. She captioned it with, “Out having a good time.” One fan asked, “Are you still with Sumit? Probably spelled that wrong! You look happy.” The 90 Day Fiance star answered, “we are together but not same country yet. Yes you spelled his name correctly 😊😉😁.”

Well, that seems like it’s clearly a contradiction to the person who said they saw them together in Dehli on the same day. Someone’s not telling it right, it seems. What do you think? Sound off your thoughts in the comments below.