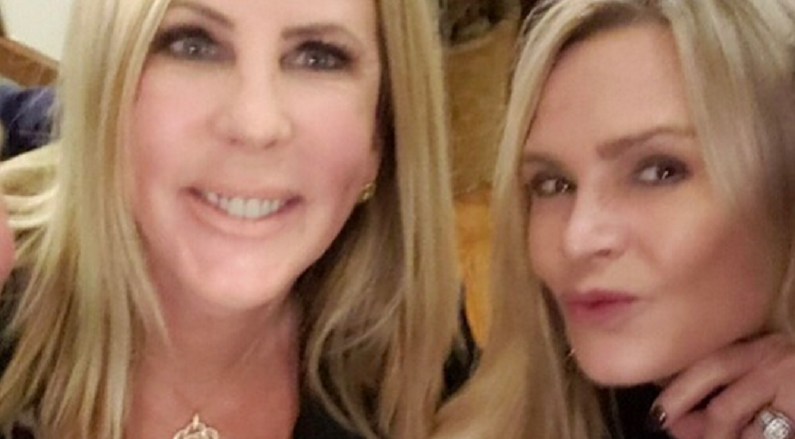 Vicki Gunvalson shocked RHOC fans when she announced she was leaving the show. Less than 24 hours later, Tamra Judge announced that she was leaving as well. The friends have been through their share of ups and downs, as evidenced on the Bravo reality series. Their friendship wasn’t always perfect, but they were always supportive of one another.

They’re more alike than they’d sometimes like to admit. But it looks like Vicki Gunvalson is starting to realize that. She revealed that when she addressed Tamra Judge’s decision to leave The Real Housewives of Orange County after 12 years. She proved that she supports her friend’s decision no matter. Even though they’ve had their differences, they always have each other’s back. At least most of the time.

Vicki Gunvalson and Tamra Judge are like “Thelma and Louise”

The two reality stars shocked Bravo fans when they decided to leave the show. On Saturday, Jan. 25, Judge briefly announced her departure. Gunvalson took to her friend’s Instagram post to show some support, as reported by Us Weekly.

“We have shared so many great and not so great times together and it has been the ride of our lives,” Gunvalson commented. “Thelma and Louise … now where do you want me to go?!”

Another one bites the dust 🍊#CommentsByCelebs

Judge revealed that she has no intentions of returning to the show after Season 14. She has become a polarizing character in recent seasons. Her infamous train comments about fellow cast mate Kelly Dodd left a bath taste in viewers’ mouths. Other fans got tired of Judge’s drunken and nude antics. As Us Weekly reported, Judge wanted to leave RHOC after Bravo demoted her to “Friend of the Housewife.”

Just a day after she announced her shocking departure from The Real Housewives of Orange County, she unfollowed all her castmembers, including long-time friend Shannon Beador. She even unfollowed Bravo and Andy Cohen, reports TooFab. Judge still follows Gunvalson, which makes sense since they’re two peas in a pod. It appears that she’s already burning bridges with Bravo.

RHOC: Tamra Judge unfollows her RHOC co-stars, as well as Andy Cohen, BravoTv, and Evolution Media, after she announced her departure from RHOC. Thoughts? #realhousewives #rhoc

On Season 14 of RHOC, fans thought Judge acted like a snake in the grass. They accused her of always starting drama with her fellow castmates. Judge found herself in the middle of drama between Kelly and Vicki. She even started most of the rumors that swirled around them. Shannon felt like Tamra was a real friend, but this was the first season that she questioned her true intentions.

Gunvalson says she will “always be the OG of the OC”

The 57-year-old reality star is no longer the longest-running member of The Real Housewives franchise. That title now goes to Ramona Singer, star of The Real Housewives of New York. But when Gunvalson made her announcement on Friday, she revealed that she will “always be the OG of the OC,” no matter what happens to the show. She also hinted about a new business venture that’s “exciting, empowering and inspirational.”

She joined the series as a full-time housewife in March 2006 in Season 1. She has since remained on the show, but during Season 14, she was downgraded from full-time housewife to a “Friend of the Housewives.” Reports claimed that Gunvalson left because of her own demotion.

What are your thoughts on Vicki Gunvalson and Tamra Judge leaving The Real Housewives of Orange County? Sound off below in the comments section.