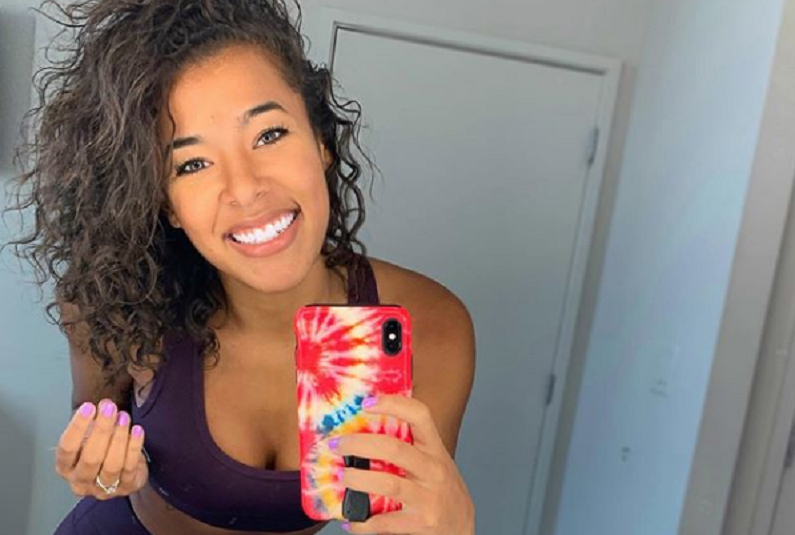 TV Shows Ace was the first to report that Evan Smith and Morgan Lolar broke up. In a series of tweets, the Temptation Island star revealed that her fiancé cheated on her with young models while on a business trip in California.

Fans of the show weren’t entirely shocked to learn this news. After all, he was on a show called Temptation Island, in which he ended up cheating on his longtime girlfriend, Kaci. But some fans claim that Morgan’s story doesn’t add up.

Morgan has been accused of faking their split to get back on reality television. Fans claims that her stories are inconsistent, misguided, and vague. Some assume that she faked her breakup with Evan so they could appear on another reality show. Morgan has since fired back at those claims.

Just two weeks after she revealed that Evan Smith cheated on her, he tagged her in a photo that featured twin babies, as reported by Showbiz CheatSheet. Of course, this would be confusing to Temptation Island fans who assumed that the couple was over. A fan Twitter account documented screenshots of Evan continuously tagging Morgan. Over on Reddit, a user claimed that the couple has “duped” fans into assuming they broke up so they can return on another reality show. Rumors have been swirling that the couple wants to return to Temptation Island.

Morgan tweeted that she’s “offended” by the claims because she’s “always been real” with people. Even though she denied the claims that they faked their split, she wouldn’t reveal why Evan tagged her with a baby photo.

“If I wanted to get on a show that bad, I would,” Morgan tweeted. “I wouldn’t need Evan, Kaci or a publicity stunt to do so. I think Kaci would agree.”

Did this ‘Temptation Island’ couple end their engagement?

Six months after the couple appeared on the reality series, Evan proposed to Morgan. The couple frequently updated their respective social media accounts with cozy photos of one another. The engaged couple looked happy and in love. Their relationship seemed low-key and normal outside of the public eye. That all changed when Morgan deleted all photos with Evan from her Instagram page in January 2020.

Temptation Island fans also noticed that she removed Evan’s name from her bio. She also changed her Twitter banner image, which previously featured a photo of the couple. In addition, Evan and Morgan unfollowed each other on Twitter and Instagram, even though Evan didn’t change his relationship status on Instagram at that time.

Me, smiling in front of a window. ⁣ ⁣ And, nipple.

This comes as a shock to some since the couple revealed that they were moving to the West Coast. From the moment Morgan started deleting photos of her fiancé, fans assumed that the couple ended their engagement. She reassured fans that she was still moving out west but wouldn’t give any details about their split. Morgan followed up with a photo of herself wearing her engagement ring and including the caption: “if you know, you know,” which baffled fans.

Evan and Morgan have fans confused over their split

That’s when Temptation Island fans accused Morgan for lying about their split to get on a reality show. Morgan claims that “nothing I am going through has anything to do with a show.” She said that she “will speak on everything” on her own time. That’s when Morgan wrote in a series of tweets that Evan cheated on her with “21-year-old Instagram models” in California and didn’t answer his phone.

Morgan revealed that she has “been crying for weeks.” This has been confusing for fans, who read that she was moving to the West Coast with Evan just a few days prior. After the cheating allegations surfaced, Evan removed Morgan’s name from his bio. In addition, the couple removed their stories that documented their time on Temptation Island. While Morgan removed all traces of Evan on her Instagram account, he still has photos of her on his, including the one announcing their engagement.

What are your thoughts? Do you agree with the claims that Evan Smith and Morgan Lolar faked their breakup to return to reality TV? Sound of below in the comments section.

Don’t forget to check back with TV Shows Ace for the latest news and updates on Temptation Island.