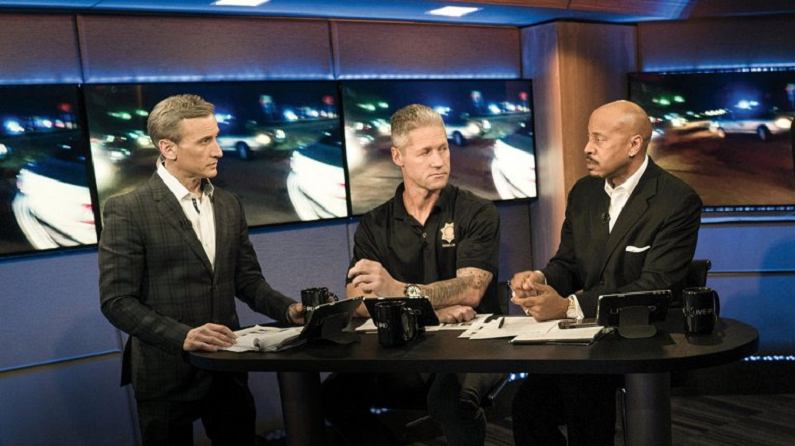 Live PD has lost another county. TV Shows Ace previously reported about the show’s decline in the total number of counties that it covers. The popular A&E series has gone from 12 counties to nine counties to seven as of Friday night, Jan. 24. And it looks like it’s about to lose another one.

This weekend is the last that the Missoula County Sherriff’s Office will be on television. The county ended its contract in lieu of concerns over privacy concerns. Residents in various counties argue that their communities shouldn’t be used for entertainment value. How many more counties are going to drop before Live PD is off the air?

Missoula County leaves the air after this weekend

Live PD is the most-watched series on cable. But can it keep that momentum going with the current roundup that it has? Counties are dropping left and right. Both police departments and its residents don’t feel comfortable with viewers tuning into their counties each week.

As Missoulian reported, the Missoula County Sheriff’s Office announced on its Facebook page that it’s taking a break from the show. The reality show follows different police departments on Fridays and Saturday from different parts of the country. This weekend is the last one for Missoula County. Viewers got to see a unique aspect of the police force such as seeing them work with animal control and search and rescue teams searching in the woods for residents.

“Being able to capture that was really great for us and for Missoula County and I think viewers both locally and nationwide really enjoyed seeing this side of law enforcement and more so the Montana element,” wrote spokesperson Brenda Bassett.

The Montana aspect peaked interest among Live PD’s producers and viewers. But concerns by residents over the programming beat out viewer interest.

Fortunately, Live PD’s contract with Missoula ended on good terms. That’s not to say for the other police departments throughout the nation. Many local agencies have community leaders protesting city contracts with the show. Bassett did hint that viewers could see Montana in the near future.

Terre Haute Mayor Duke Bennett was shocked when he learned that the NAACP is attempting to stop the city’s contract with the television show. The Terre Haute branch of the NAACP claims that the show is a huge breach of privacy. The organization argued that the show exploits residents at their worst moments and relies on entertainment value to make a mockery out of them.

Bennett told Indiana Public Media that he’s received nothing but positive comments about the show. He plans to discuss the city’s contract with Live PD with NAACP leaders. He says he will listen to them and hopes they come to a solution that benefits everyone.

Earlier this month, Tulsa leaders claimed that Live PD has tarnished their image. Interestingly enough, Sean “Sticks” Larkin is a Tulsa resident who has become a fan-favorite because of the hit cable series. But local leaders are demanding to end the city’s contract with the show even though it has already been renewed.

This new protest came after Mayor Bynum hosted a series of town meetings in which speakers asked him to end the contract between Live PD and the series. But the mayor refused their requests. Even former Tulsa Police Chief Drew Diamond wants the contract to end. He dealt with a similar situation back when the 80s reality show Cops expressed an interest in filming in Tulsa, as reported by ABC Tulsa.

“I was the chief then. They came to Tulsa. I said, ‘no,’ turns out, I was the only police chief in the country that said no,” Diamond said. “I said no for all the reasons that we just explained.”

What are your thoughts on Live PD losing so many counties at once? Do you think this show could make a rebound and regain more? Sound off below in the comments section.

Khloe Kardashian Claps Back Once Again Over Plastic Bottle Controversy
‘Days Of Our Lives’ Two Week Ahead Spoilers: Xander Goes Too Far With Dr. Synder – Sets Up Another Salem WhoDunnit
Kristin Cavallari Is Charmed; Is She Dating Austen Kroll?
‘LPBW’ Unexpected Intruder Brings Roloffs To Action: See Video
‘Siesta Key’ Season 4, Episode 5 Not On This Week & Here’s Why