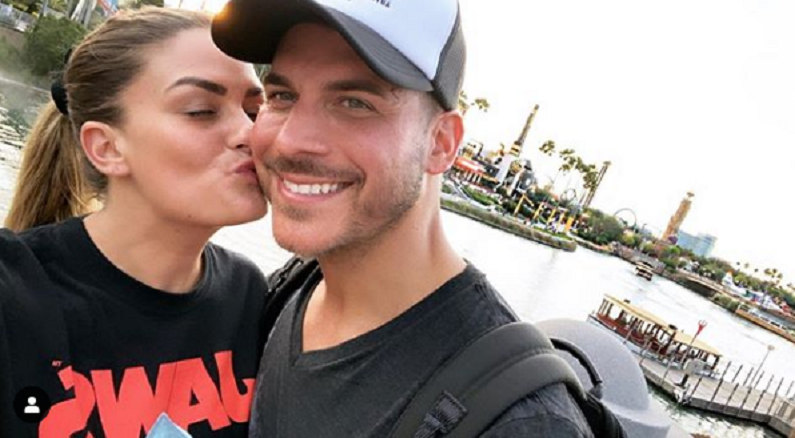 Jax Taylor and Brittany Cartwright got married back in July 2019. The couple also moved into a new house together. They’ve been settling quite well. The Vanderpump Rules married couple gave an update on what’s next.

The Bravo personalities made an appearance on Watch What Happens Live on Tuesday, Jan. 21. Jax Taylor and Brittany Cartwright made it clear that they are still very much in the honeymoon stage of their marriage. However, it’s been six months of wedding bliss. While it hasn’t been that long, it’s been long enough. On the show, Jax Taylor said that he hopes everyone will stop questioning how long their marriage will last.

Brittany Cartwright and Jax Taylor also made an appearance on E!’s Daily Pop where they had kids on the brain, as reported by The Daily Dish. The couple expressed an interest in starting a family someday. They were also asked how many children they are hoping to have.

“Whatever God gives us, I don’t care as long as it’s happy and health. I don’t care,” Jax stated.

“I want three,” Brittany added. “So, we’ll see how it goes. If we have two boys we’re trying for a girl, I’m just saying!”

Brittany noted that Jax needs to work on his anger issues before they welcome a child into the world. She remarked on how quickly he reacts to things and says whatever is on his mind without thinking. Jax agreed with Brittany and said that he’s “very loose with the words.” As for how marriage changed him, he said that he feels more “responsible” for Brittany now.

Brittany doesn’t feel any different. She revealed that it didn’t suck the “sexiness” out of their relationship. She’s just looking forward to starting a family with him.

It’s not what you think. They didn’t lie to their fans. The couple welcomed a fur baby into their home, according to The Daily Dish. Jax documented their ride from the airport on his Instagram Story. In the caption he wrote that Brittany was, “Just living her life secretly excited to see her pups in the next 10 mins.” The couple already has two other dogs – Kingsley and Monroe.

Jax’s Instagram Story revealed that they have welcomed a third one into their lives. He gave fans a glimpse at “Little Sophie” in another video. He asked the dog what it was doing to which Brittany responded, “Trying to get close to mama.” The only babies that this couple is raising at the moment are of the furry kind.

We wish Jax Taylor and Brittany Cartwright much like in their marriage.