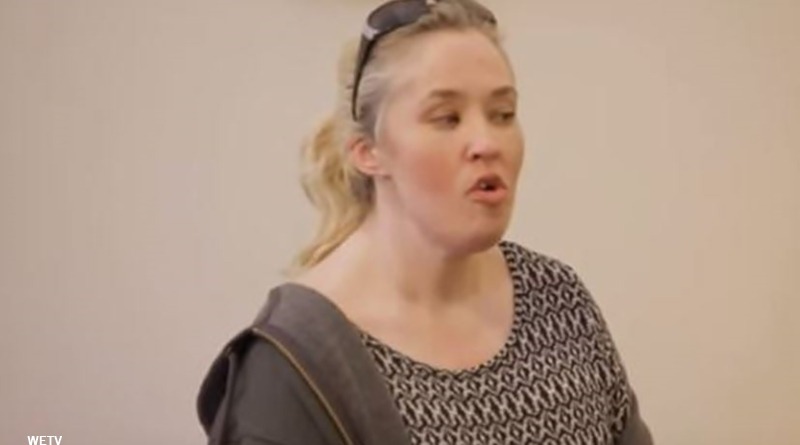 Mama June fans know that Sandra Hale, June’s mom appeared on TV with her in the past. But, June and Sandra became estranged years ago. That all happened over Sandra helping June’s daughter Anna file the charges of child molestation against June’s boyfriend Mark McDaniel in 2003. June’s now estranged from the rest of the family as well. This week, Sandra appealed for her to get some help before it’s too late. In fact, the family can’t find her.

Mama June reached out to her daughters after selling a ring

TV Shows Ace reported that TMZ followed the sad story of June for months now. Recently, news emerged that June sold a diamond ring. That came not long after she couldn’t settle a hotel bill in full and got told to move along. We also speculated that June seems to be running out of cash that funded her lifestyle of hotel-hopping and casino gambling. In another report, we noted that we anticipated she’d soon reach out to the family as she ran short of cash, she did that this week, as predicted.

In the Instagram post where she declared she loves and misses her daughters, Mama June also mentioned they don’t contact each other. Well, that’s not for lack of trying. After all, TMZ reported as far back as early November, the family got in touch with cops to find her and do a welfare check. This came after June sold her home and belongings and headed off in an RV with her boyfriend Geno Doak. Awaiting the outcome of court hearings for Mama June and Geno’s drug possession, fans assume her money went to drugs as well as gambling and hotel bills. After selling her ring, she then advertised something else for sale. So, cash looks tight at the moment.

Katie of Without A Crystal Ball on YouTube unearthed more social media posts that indicate June’s needing more cash. This time, she screenshot an advert where June wanted to sell her Jordans. Her ad read, “Use, barely worn only used 3 time $70.” Then she added, “Can meet located in McDonough GA.” Under the comments, Katie noted that June’s mom, Sandra wrote something. She said, “June you need to get help before u lose everything and everyone.” Talking of Geno, she added, “he is not good for u,” adding, “all he wants is yr money or everything u got him and for his family.”

Mama June’s mom also noted, “U need to think of your own girls and grandkids who love and miss u.” Then she added, “I never thought u would end up like this and let a man run over you and take everything u worked for.” Well, in later comments, in response to a critic, she elaborated even further. Basically, she said that June doesn’t contact the family. She added that June’s “gone off the grid.” They want to “help her,” but she avoids contact with them. Additionally, Sandra’s “very concerned.” She’s afraid that all June’s money will be gone if she stays with Geno.

June’s mom sounds scared. In fact, maybe for Mama June’s life. She recalled she already buried one child. What do you think? Do you think that June will take any notice of her mom’s opinion? After all, she’s been estranged from her for years. Sound off your thoughts in the comments below.

‘Below Deck Med’: Delaney Evans Still Loves To Play Dress-Up
‘RHONY’ Season 13 Reunion Canceled: What Does This Mean For The Show?
‘Y&R’ HUGE Spoilers: Victoria Is On To Ashland, Wedding Day Fail?
Lance Bass Dishes On His ‘BIP’ Experience, Plus Engagement Predictions
‘SW’ Janelle Brown’s Dogs Are No Match For RV Life Creatures