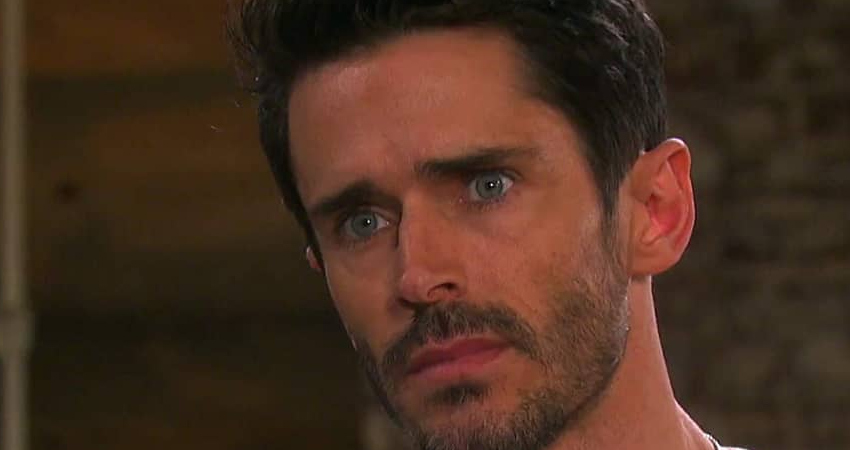 It has been an eventful month on Days of Our Lives. The loose ends of the one-year time-jump into the future were revealed last week. Fans found out who killed Haley (Thia Magia) and what happened to Kristen’s (Stacy Haiduk) baby.

This week Princess Gina (Kristian Alfonso) continues her plot against John (Draka Hogestyn) and Marlena (Deidre Evans.) However, the return of a family member may put her plan in jeopardy.

DOOL’s John and Marlena Think the Other is Dead

Part of Princess Gina’s plan is for John and Marlena to believe other is dead. To that end, Stefano/Steve (Stephen Nichols) takes John out of town on a wild goose chase. Spoilers indicate that Princess Gina holds Marlena hostage so ‘Steve’ can rescue her.

The trap is set when an unconscious John is brought back to Salem and told that Marlena is dead. Meanwhile, Marlena is told the same thing by her savior, ‘Steve.’ A wrench in the plan may be Anna (Leann Hunley) and Tony (Thaao Penghlis) after Anna has a confrontation with ‘Steve.’

But Tony and Anna aren’t the only ones suspicious. Hope’s ex, Rafe (Galen Gerig) has been puzzled by her behavior for months. He calls in reinforcements to investigate.

Shawn Douglas Returns to Town on Days of Our Lives

Brandon Beemer resumes his role as Shawn Douglas after Rafe beckons him to town. Rafe informs Shawn of his mother’s odd behavior as of late. Hope’s ex-husband is shocked by Shawn’s theory. Hope is really Princess Gina!

The duo struggle to track down Princess Gina before she can do more damage. Will they get to her before she hurts John or Marlena?

Ciara and Will Struggle with Coming Forward

Ciara (Victoria Konefal) now knows that the secret Victor (John Aniston) held was about Will (Chandler Massey.) She had hoped that the innocent man her grandpa framed was Ben (Robert Scott Wilson.) However, Victor framed Will for the car accident that killed Adrienne (Judi Evans.)

Armed with the truth, Ciara tells Will that he’s not a murderer. The two debate whether they should come forward or not. They believe Maggie (Suzanne Rogers) caused the crash during a drunken blackout. As Will struggles with the decision, Sonny (Freddie Smith) gets closer to Evan (Brock Kelly.)

Princess Gina and ‘Steve’ aren’t the only ones in cahoots. Brady (Eric Martsolf) and Nicole (Arianne Zucker) are pretending to be reunited to keep Brady away from Kristen. However, Nicole and Brady may be TOO believable for everyone in Salem.

Eric (Greg Vaughan) may have finally forgiven Nicole for knowing about baby Mickey’s paternity. However, it appears too late, as he spies Nicole and Brady together. An upset Eric turns to another woman for comfort. Could that woman be Sarah (Linsey Godfrey)?

TLC’s New ‘Filth Fighter’ May Give ‘Hoarders’ A Run For Their Money
OMG!!! Has Meri Brown DUMPED Kody For A New Lover?! [See Photo]
The Winder Family Shares ‘Seeking Sister Wife’ Season 4 Update
Jarrod Schulz Shakes Things Up With Girlfriend Pic: Where’s Brandi?!
What Exactly Does Jovi Dufren From ’90 Day Fiance’ Do For A Living?