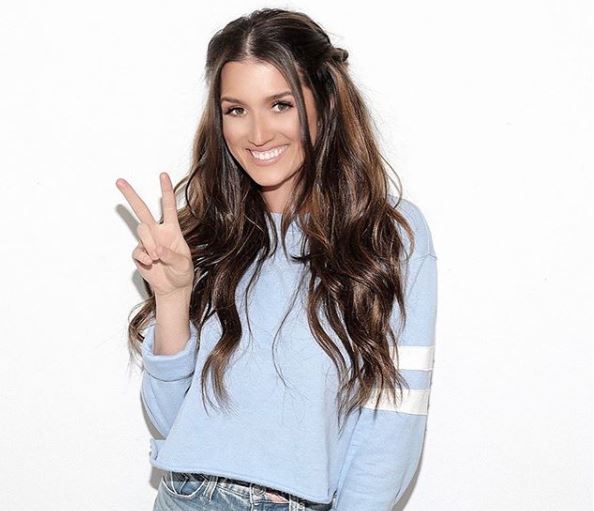 Bachelor in Paradise star Jade Roper Tolbert has been stripped of her $1 million prize from DraftKings’ fantasy football league. The Spun revealed that Jade has been declared that she wasn’t the winner and now the 2nd place person is getting the $1 million prize. Right after Jade won, she was accused of collusion. For those who don’t play Fantasy Football, collusion is when you work with someone in the league to game the system and beat the others. They feel like she worked with her husband Tanner since they put so many teams into the contest.

So the way that it works is you can make several times to enter. You are allowed up to 150 per person. Jade and Tanner combined for 300 lineups, 298 of which were different. Everyone believed that they worked together to make their teams different from each other. A lot of their teams were similar but had different quarterbacks. When they first won, the couple said it was “nothing more than pure luck.”

We’ve updated our story on Jade Roper Tolbert, the Bachelor contestant, who has been stripped of her $1 million daily fantasy win by DraftKings https://t.co/YE4kCQvBKL

Jade and Tanner deny any wrongdoing

Jade Roper Tolbert and her husband Tanner Tolbert are denying any wrongdoing. They are not admitting that they cheated in any way. The thing is DraftKings doesn’t seem to agree seeing that Jade has now lost her prize. Tanner did share that as of Tuesday, they hadn’t received the prize yet. It looks like they never will.

Happy 4th Anniversary, my love! Feels like it was yesterday we said our vows, but also like an eternity ago. Lol 😝 Life gets crazy sometimes (do we even remember what life was like before stacks of diapers, deciphering toddler emotions and bedtimes that need 100 stories first?? 😂), but I wouldn’t want to go through this hand-in-hand with anyone but you. I would choose you 1000 times over. I love you so much, @tanner.tolbert! Thanks for being my best friend and here’s to growing old together! ❤️❤️

Fans can’t wait to hear Jade’s statement on what happened. This is a pretty big prize to miss out on. ESPN reached out to Tanner Tolbert today, but he isn’t saying anything yet.