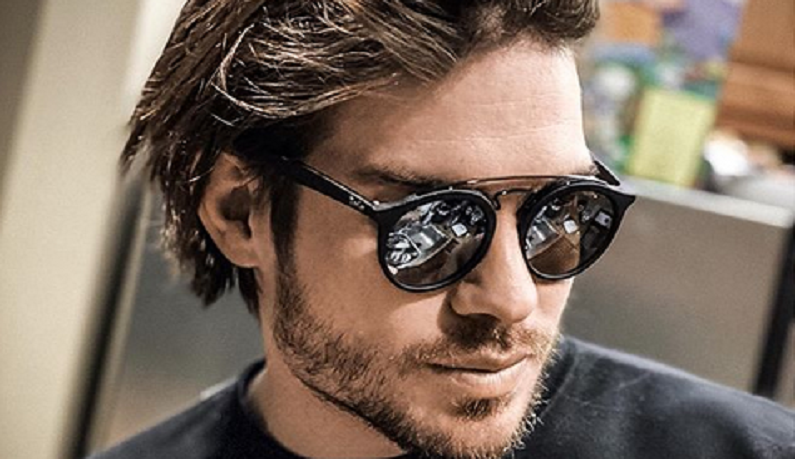 Tyler Johnson is finally exploring his dark side on the small screen. The actor plays an ego-centric bad boy on The Young and the Restless. In real life, he has a heart of gold along with that dark side. However, his bad boy looks cause him to get typecast.

But, he’s still humbled by the opportunity to work in movies. He will star in a new Lifetime film called Adopted in Danger, which will air on Sunday, Jan. 26 at 8:00 p.m. In the dark new film, Johnson plays a lead character called Sean. He reportedly shot the movie back in March 2019.

I’m humbled to have the opportunity to continue to make films with great people. This was no exception, although the family was fake, the love was real. 🖤 #killyourdaughter

Tyler Johnson expresses his appreciation for the new role

As reported by Soaps.com, he shared some photos of his new role on social media. He expressed his excitement over the opportunity and shared love for his co-stars.

“Although the family was fake, the love was real,” Johnson explained.

The thriller is about Candace, who reunites with her birth parents after she takes a DNA test. She then realizes that her past has come back to haunt her. Allison Page plays the role of Candace, who soap fans may remember from her time on Days of Our Lives. Other soap star alums are also expected to make an appearance in the film.

It takes a village. #grateful

This isn’t Johnson’s first time starring in a movie. His acting credits include The Haunting of Sharon Tate, The Matchmaker’s Playbooks, and Psycho Stripper. Later this year, he will appear in the short film titled Across the Room. His acting career won’t keep him away from the CBS soap. He is a huge part of the GC community.

‘Young and the Restless’ actor shares some insight for Theo Vanderway

He says that fans don’t understand his character. As Daily Soap Dish reported, Theo is a complicated man who lacks confidence in himself when it comes to women. In an interview with Soap Opera Digest, Johnson said he would love it if his character would just relax. What does that mean?

“I would say be more comfortable with intimacy,” Johnson revealed.

He added: “I think that he’s definitely scared, and that is slightly hyperbolic, but I do believe that he’s scared of people knowing him intimately. I feel that he needs to be honest with himself and he needs to let people in.”

It’s safe to say that Theo is here to say in Genoa City. Rumors have been swirling that he plans to make a move on Lola Rosales (Sasha Calle). Could the two become a couple? What about her husband Kyle Abbott (Michael Mealor)? Young and the Restless fans will have to tune in and see.

We wish Tyler Johnson much love with his acting career. The Young and the Restless airs on weekdays on CBS.

Don’t forget to check back with TV Shows Ace for the latest news on your favorite soap stars.