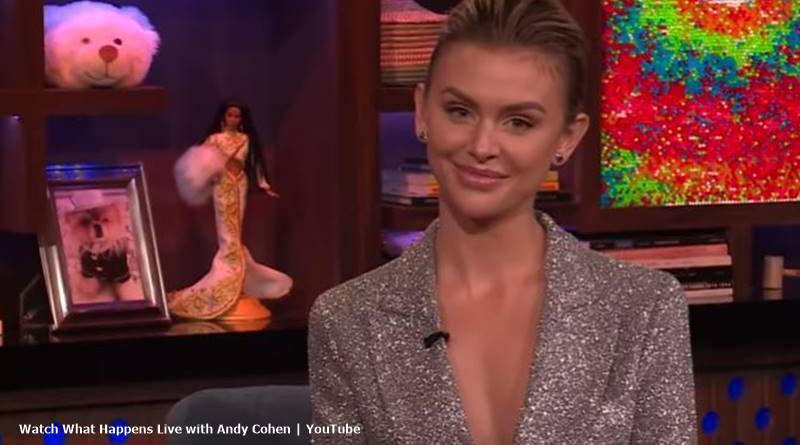 VPR star Lala Kent’s got a bit of a reputation for saying insensitive things or slamming fans who disagree. Now, hobnobbing around with Randall Emmet, she often says things that fans find outrageous. But, while she gives as good as she often gets, fans quite often give it back to her. On Thursday, she dissed on Bravo fans who gave it right back on Twitter.

VPR Lala Kent gets a rep for saying outrageous things, more so since hanging with Randall

TV Shows Ace noted that sometimes fans think that Lala comes across as insensitive on social media. Sometimes, she simply seems to not think things through very well. In September, for example, she got fans worked up after a comment about “Dingo ate your baby.” At the time, we noted, “many millennials will know part of the backstory to that.” It came from a Seinfeld episode. But the story is real life and inspired by an Australian woman whose baby really was eaten by a dingo. It nearly destroyed her as many years later she was found innocent of not killing her own child.

Many fans were angry that she thoughtlessly used the quote just as a laugh because she could. But, in her days on the VPR show, Lala got very polished in some ways. Now with Randall Emmet, she often comes over as superior and very cutting. She doesn’t seem endearing via social media. In fact, these days she rubs shoulders, albeit at a distance, with the really famous. TMZ reminds fans that she and Randall rubbed “elbows with Meryl Sunday night at the Screen Actors Guild Awards.” But, that doesn’t mean fans of Vanderpump Rules let her dictate to them.

Lala disses on fans on Twitter – they give it right back

Taking to her Twitter on Thursday, January 23, Lala worked up some followers. She said, “Let me share this…the show is meant for entertainment but you only see a fraction of everybody & who they are. These tweets w/ ppl runnin their mouth about how ppl on the cast are ‘thirsty’ or ‘fake’…motherf*cker you don’t know shit about anybody. Stay in your lane.”

Well, VPR fans got upset with that and dissed her back. One said, “Chill, you have called people in the cast much worse.
I love ya, but sis, this ain’t it.” Then another wrote, “You signed up for reality show. Cast puts themselves out there. FB, Twitter etc, you opened yourselves to be criticised, agreed with, judged etc. saying stay in ya lane etc is laughable. Don’t like it get of the show. If it’s editing get off tv. You all agreed to it. Suck it up, (sis).” And, the one in the tweet below, really let her have it.

So….let her and the cast continue to earn paychecks but only kiss their asses online! Is that the policy? We are being asked to hang in there so the show doesn't get cancelled. We can have our faves and not. And when it is truth vs opinion, no crying! Mutherfucker OUT!

What do you think about Lala Kent dissing on critics of the VPR show? Notably, Jax Taylor retweeted Lala so maybe he feels the same way. Do you think the fans were right to diss her back? After all, many people think if they watch a show, they are entitled to formulate opinions and discuss it on social media?  Sound off your thoughts in the comments below.