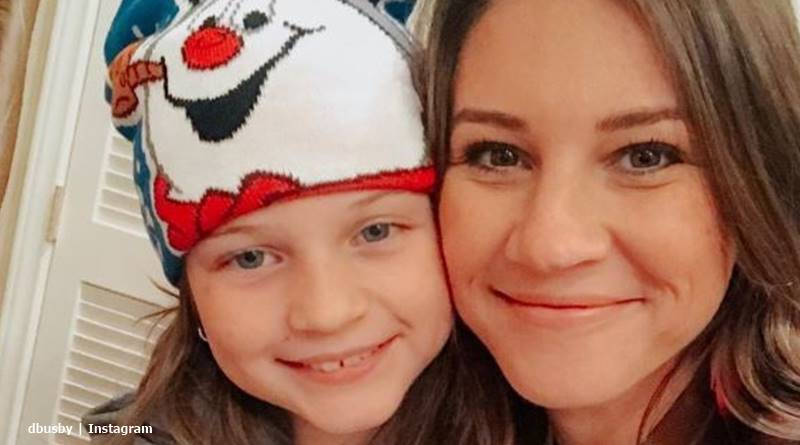 OutDaughtered fans heard that Riley jumped ahead of the other quints at school. It’s not clear from Danielle Busby if they intend on holding Riley back a year so they all go to  kindergarten together this fall.  Now, with them all being out of pre-school, she started preparing the quints for big school by taking them to Blayke’s school’s cafeteria.

OutDaughtered quints finish up at their pre-school last year

TV Shows Ace reported over the Christmas season, that Danielle and Adam went to watch the quints in their last pre-school play. Unlike in previous years, all the kids did well. No stage fright or tears overcame the kids, not even Parker. Danielle said at the time, that she felt so very emotional. Now, all her girls go off to big school, and she’s determined they handle the change as easily as possible. Recall that Blayke and Riley went off to school together, and the other quints went to their own classes until now.

Cheatsheet reminded us that with the quints and Danielle all ill with flu recently, Adam sparked some outrage on his Instagram. He often does, although very often, it’s his sense of humor that gets misunderstood. This time, critics hated that he wasn’t keen on flu vaccinations. But, he also got some criticism as people hope he and Danielle allow Riley to progress in school at her own pace. But, they seem undecided about what to do. If they made a decision, neither OutDaughtered parent is spilling right now. Perhaps fans will see it in a new season of the show.

Taking to Instagram on Thursday, Danielle shared a photo of her with Blayke and Hazel. She captioned it with, “Breaking these quints In one at a time for cafeteria time at Blaykes school….bc OMG 😱 they start kindergarten in the fall !!” Lots of fans sympathized with her. The kids grow up so fast, and change comes along all too soon, they think. One fan said, “Kindergarten in the fall seems like that’s impossible! Wow! What a journey!”

But plenty of fans know that while the kids grow, there’s lots of room for both joy and sadness. School’s a milestone that never returns the kids into the cute little toddlers they were before. One OutDaughtered fan noted, “I just told Evyn the other day that she would be at the same school as Lainey and Isla next year. I’m not ready!” Another knows how that feels, writing, “My son starts kindergarten in fall as well! Excited and sad at the same time 😩.”

What do you think about Danielle Busby’s idea to take the kids along one at a time to get used to the school cafeteria? Do you think it’s an excellent idea? Is your child starting kindergarten soon? Sound off your thoughts in the comments below.