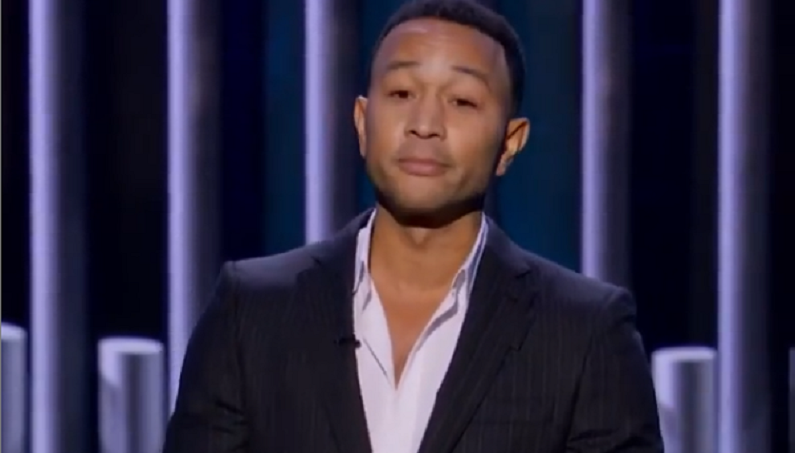 John Legend is a successful songwriter, singer, and producer. Though he’s achieved success, his life wasn’t always perfect. The inspirational singer revealed in a new interview that he dealt with his share of racism in college. In an exclusive interview with People for the National Day of Racial Healing supported by the W.K. Kellogg Foundation, Legend talked about his experiences with racism.

Singer reflects on his experiences with racism

The 41-year-old acknowledges his celebrity and privilege, which have given him many opportunities that aren’t the case for everyday people. He’s aware that his life is not the same of an “average black man” living in America. Legend recalled his encounters with racism during his time as a student at the University of Pennsylvania. In the candid interview, he revealed that he didn’t feel like he belonged.

“One of the things that I noticed the most at college was how if people don’t know you’re a student, they treat you like an outsider around campus,” Legend said. “I had several interactions with the police where they questioned my right to even be where I was, to get in my own car … being treated like I didn’t belong because I was black.”

If you haven't watched it yet, here is the lyric video for my new song #ConversationsInTheDark Streaming link in bio. #IWontBreakYourHeart

The kind of racism that he experienced was from the police officers that would approach him as he was getting into his car. The “All of Me” singer revealed that his cousin, who is also a student at the University of Pennsylvania, is experiencing her share of discrimination, and he’s been supporting her through it. This led to educate himself on the history of racism at colleges and universities in America.

He recalls traveling to the school library and reading about civil rights leaders such as Dr. Martin Luther King Jr. and abolitionists like Harriet Tubman. Legend feels proud to be a black man. He said that “so much greatness that comes from black culture.” It’s even inspired him to grow as an artist and songwriter.

John Legend to perform at the Grammys

The 10-time Grammy winner has another Grammy nomination under his belt, according to The Charlotte Observer. Legend received a nod for “Best Traditional Pop Vocal Album” for his 2018 Christmas album, A Legendary Christmas.

Wow, I didn't know they actually painted these. Everyone can celebrate the season with my brand new deluxe #ALegendaryChristmas album! #AskAlexa to "play John Legend's new holiday song." Thanks @AmazonMusic!

Legend will also perform at this Sunday night’s Grammys alongside DJ Khaled, Meek Mill, and other performers in a special tribute to late rapper Nipsey Hussle. They will perform the song “Higher,” which is also nominated for Best Rap/Sung Performance.

He released his new song “Conversations in the Dark,” which already topped the iTunes charts this week. The song got an immediate boost when Legend performed it on last week’s episode of This Is Us.

“It’s cool to see a song getting embraced so quickly,” Legend said. “The song, I think, voices the way people feel about the people they love, and that’s kind of what I do best – write songs that help give a voice to those kinds of feelings.”

Check out John Legend’s performance at the 62nd Annual Grammy Awards, live on Sunday night, Jan. 26 at 8:00 p.m. on CBS.

‘Love Island’ Caleb Corprew Cozies Up To Another Girl, Cheating Rumors Fly
Audrey & Jeremy Roloff Try For Another Baby
Jill Duggar Shares New Recipe–What Is It?
‘Young and the Restless’ Exciting Plotline Spoilers For The Next 2 Weeks
‘Insecure’ Ending with Upcoming Season 5