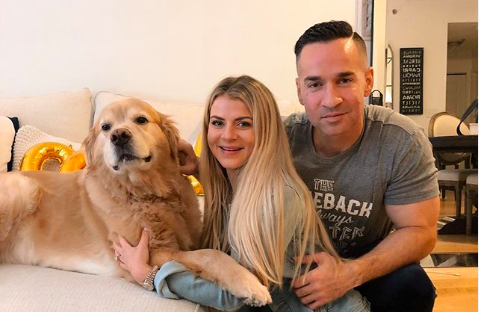 According to People the latest Jersey Shore Family Vacation trailer shows Mike “The Situation” reuniting with his housemates after his prison release. Mike’s fam couldn’t appear happier to have him home. Season 3 of the reality show premiered on Aug. 19, 2019, and the continuation of the season will begin in February.

People states that Mike was released in September from the Otisville Federal Correctional Institution in Otisville, New York. He was sentenced to eight months in 2018 for tax evasion. According to CNN, he was ordered to pay a $10,000 fine and complete 500 hours of community service as well.

The Situation also lost 36 lbs while in prison. He says this is due to intermittent fasting and working out around 3 times a day.

Mike’s had a bit of a history when it comes to the law, so let’s all hope that this is the final straw. You’ve got this, Mike!

“The Situation” is Back

The trailer then quickly switches into clips of the wild antics the cast will get into this season. Those antics include a bachelorette party in New Orleans, a divorce party, and many nights out.

Mike then states that there’s no place he’d rather be. Oh, the feels!

The above trailer ends with Mike’s wife picking him up from prison and asking him where they should go now.

He simply replies, “Back to the Jersey Shore.”

Mike then told People that he is excited to get back to being husband and wife and even working on, “baby situations!” That’s right it sounds like the couple has baby fever, so fans better keep an eye out for baby announcements or even a hidden baby bump.

Mike’s first Instagram post since being released from prison featured him, his wife and his dog. He was also wearing a shirt from his own online shop featuring the words,  “We truly believe that the comeback is ALWAYS greater than the setback.” If you ask me, there couldn’t have been a more fitting phrase for his homecoming.

Share your thoughts on all things Jersey Shore in the comments below. What do you think of Mike’s homecoming? Are you anxiously awaiting the reveal of baby situations?

The midseason premiere of Jersey Shore Family Vacation airs on February 27 at 8 p.m. on MTV.