Is Jill Duggar Dillard reckless and careless when it comes to the safety of her boys? Some Duggar followers and fans have grown concerned.

It was roughly 24 hours ago that Jill Duggar Dillard took to Instagram to share what she believed was a funny and silly moment in the kitchen.

The Instagram Story update featured several video clips of Samuel Scott Dillard using a ride-on toy as a step stool to reach the kitchen counter. Samuel could be seen standing on his tip toes on top of the yellow steering wheel with his small body braced on the counter.

According to the captions, her toddler was “determined.” She explained that he was having a hard time waiting for the bagels to finish. There was also a clip of Samuel holding a half eaten bagel as she admitted her boys likely ate most of the bagels.

Being an Instagram Story, her followers weren’t able to leave comments directly on the picture. That, however, didn’t stop Duggar fans from taking issue. Many took to fan groups on Facebook to express their outrage.

Here’s what some followers had to say about the screenshots above.

There were a whole wealth of complaints and concerns being discussed in fan groups across Facebook over the last 24 hours. The primary concern was for the toddler’s safety. Fans disliked other things in the photo as well.

Fans, however, had an issue with her desire to put this kind of behavior on display. Some noted it felt as though she was encouraging her boys to do things like this. Others noted her instinct should have been to get him down and scold him, not to laugh and start recording.

Many noted it only takes seconds for an accident to happen.

Did Jill Duggar stage the scene? How did he manage to get up on top of the toy without it rolling across the kitchen floor? Did someone put him up there?

Others questioned the toddler’s lack of manners. It became clear they were visiting someone else’s house. This was not her kitchen. Why was he climbing up the cabinets and helping himself to food in someone else’s house? Is this something his mother encouraged?

This is far from the first time that she has shared something like this on social media.

There were some Counting On fans that noted they would be more inclined to give her the benefit of the doubt if this wasn’t something that happened so often. Jill Duggar Dillard frequently shares similar photos and video clips. Many Duggar fans were quick to pull up and link to previous examples of equally dangerous behavior. 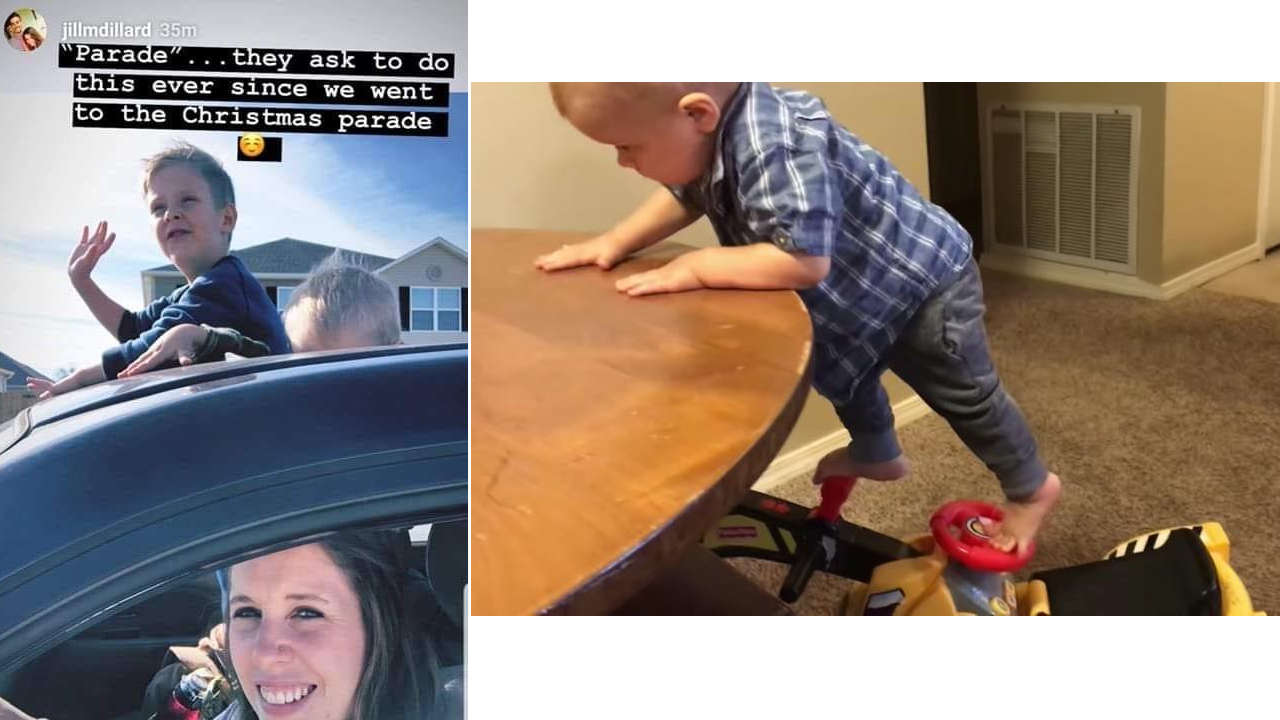 Jill Duggar Dillard did have a few fans that came to her defense.

Naturally, there are some Duggar fans who take issue with mom-shaming. These followers were quick to clap back at those criticizing Jill for her parenting skills.

Many noted her boys were “just being boys.” Some pointed out this was the kind of thing all children did. A few even exclaimed that in all instances she was right there and they were fine. 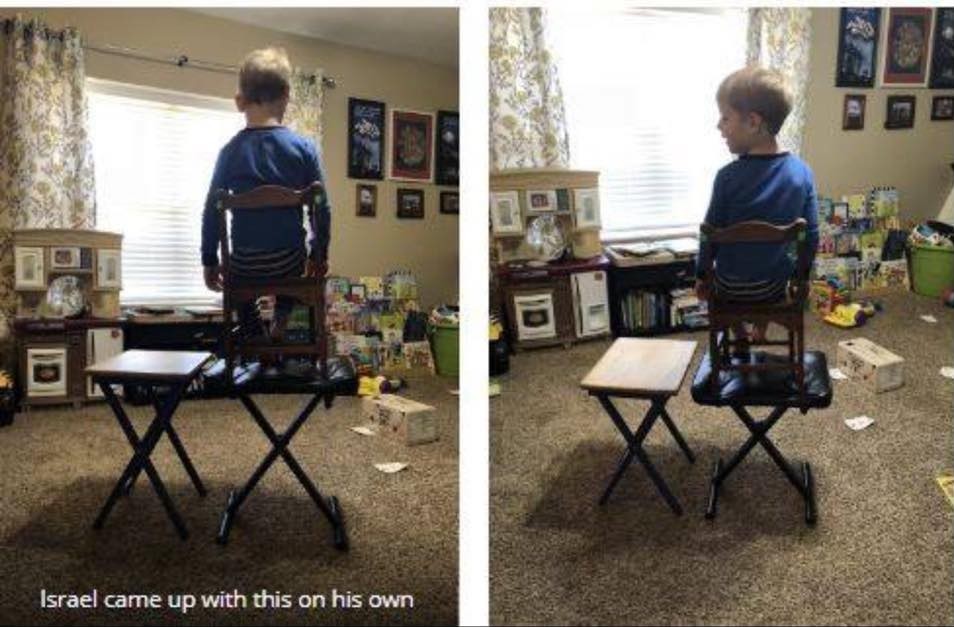 The concerned fans, however, dominated the chatter. They insisted by filming, laughing, and sharing, Jill was encouraging her boys to continue this type of behavior. Many insisted they feared for the well-being of these boys.

So, is Jill Duggar Dillard putting her boys in danger? Share your thoughts with us in the comments down below.