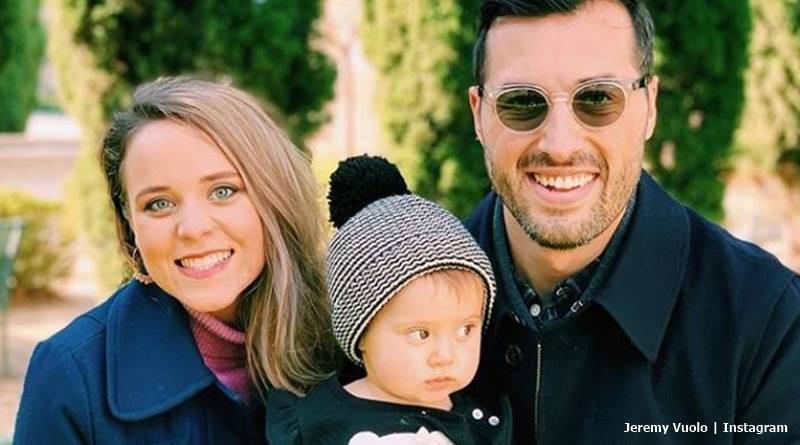 Duggar fans love Jeremy and Jinger’s Instagram posts because they see a lot of little Felicity. Now 18 months old, the cute little girl goes out with them a lot. In fact, Jinger said she loves her daily stroll with her mom and dad. But, a troll hated on them because they always seem to take Felicity out with them.

Duggar baby Felicity loves being out with Jeremy and Jinger

TV Shows Ace reported that Felicity turned 18 months old last week. Jinger said on her Instagram that it’s been a joyful time raising her. But, like any parent, she mentioned that childrearing’s a “challenge.” Time flew by and often fans see her out and about, especially since they moved to Los Angeles. Jinger shared how her daughter outgrew the crawling stage and these days, she takes a daily stroll with them.

Actually, this little Duggar girl seems comfortable in all sorts of situations. Stir Cafemom noted that since tiny, the baby flew on aircraft with her parents. She seldom seems upset by her circumstances. Often, she presents that adorable smile. With Jeremy often traveling with his work, and the demands of the show, Felicity adapted quicky to moving around. But, it looks like some people hate the idea of them taking their daughter out with them.

Taking to his Instagram on Thursday, Jeremy shared a photo of Jinger copying his pose while making a funny face. He captioned it with, “I think I heard somewhere that imitation is the sincerest form of flattery. It is, isn’t it?” Quite a lot of fans laughed at Jinger who really tried to copy him, but with a rolling-eye look on her face. Others commented that Jeremy looked tired or irritated. As they also had Felicity with them, one person trolled on them.

The Duggar troll wrote, “Do they never get a baby sitter for that child ?” Well, fans jumped in to tell them off. One said, “If they did you would say do they ever spend time with their child.” Meanwhile, another noted, “This is probably at after-church lunch so it’s perfectly normal to have their kid with them??” Then one fan chipped in with, “‘that’ child has one on one time with her parents, and appears very loved. I’m guessing you are one of ‘those’ parents who sends their child off every chance that you get? Goodness, people will find ANYTHING to complain about, won’t they?”

Troll argues on about Felicity

Despite so many people commenting on the negative comment, the troll argued back. This time, they said, “I have seen hundreds of pics of them in restaurants also carrying that child. She should be in bed,” Then they noted, “you only see what you want! They drag that child everywhere night & day.” Arguing again, all the troll could say was, “wow! You fundies get excited…you fundies stick together. It’s the same no matter where they live lol.”

What do you think about the Duggar troll hating on Jeremy and Jinger for taking Felicity out with them? Do you think they have a point? Or, are they finding fault because they can? Sound off your thoughts in the comments below.

Remember to check back with TV Shows Ace often for more news about Jinger, Jeremy, Felicity Vuolo, and other members of the Duggar family.