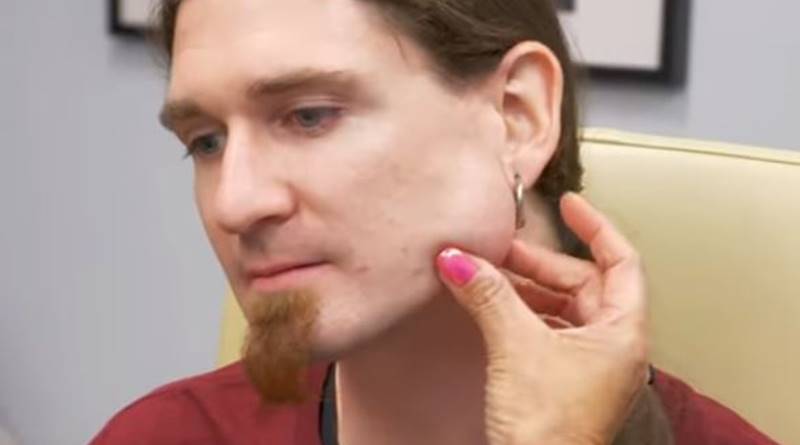 Dr. Pimple Popper on TLC aired Kevin Olaeta’s episode and at the end, TLC put in a memorial note. Plus, on her Facebook, Dr. Sandra Lee also posted her respects to the young man with a “jaw-breaker” bump on his face. Sadly, the news came out that he died rather suddenly in May last year.

Dr. Pimple Popper – Kevin with the ‘jaw-breaker’ bump was only 31 years old when he died

On the show, fans met Kevin, who seemed like a nice personality, despite his disfiguring lump on the side of his face. He told Dr. Lee he had it for about six years. However, he never tried squeezing it, as it “never really broke the surface.” Concerned about nerves and muscles, Dr. Lee mentioned possible complications. Nevertheless, he said that he’d “take the risk” of losing “his smile.” Sandra Lee rose to fame on the show, TV Shows Ace reported, but still, she’s very concerned with her patients.

The young man from Petaluma, California grew his hair long to try and hide the bump. And, girls didn’t feature much. As Dr. Pimple popper noted, it was something of a “deal-breaker” when it came to dating girls. Plus, she termed it a “jaw-breaker.” Luckily, the lump turned out to be a cyst, and not a tumor. So, Kevin could look forward to a better life. But, fans heard that he passed away. Meeww reported that he died in his sleep on May 18, 2019.

On Legacy, the obituary site, it shows that Kevin’s family suffered another loss already. It notes, “Kevin was preceded in death last year by his oldest brother, Eli Olaeta.” Kevin, close to his dad, who he worked for as in his electrician’s business must be devasted as fans saw on the show that they had a good relationship.  Kevin also studied music and spent a lot of his time supporting “local bands and musicians.”

Taking to her Facebook, Dr. Lee wrote, “RIP Kevin… I found out months after our taping that Kevin had passed away unexpectedly. Love and strength to his family and friends esp his father 💔.” Saddened fans commented on her post. One Dr. Pimple Popper fan noted, “My deepest condolences to the family. Like the others, I just watch it tonight. I was thrown by the memory at the end. RIP.” Another one said, “So sorry just watched 2 hours ago. My Deepest Sympathy goes to his father and family and friends. He seemed like such a great guy. R.I.P.”

On YouTube, Twitter, and Facebook, many similar condolences went to Kevin’s family. Do you think it’s terribly tragic to hear the sad news that Kevin passed away? Especially, as it just looked like his life would change for the better. Sound off your thoughts in the comments below.

Remember to check back with TV Shows Ace often for more news about the cast of TLC’s Dr. Pimple Popper.