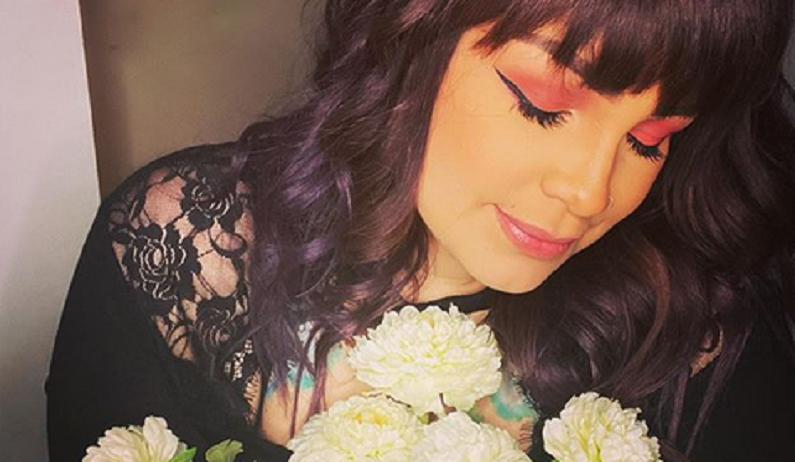 90 Day Fiance star Tiffany Franco Smith has been sharing inspirational photos of her weight loss journey. She revealed to fans that she lost 20 pounds. The television personality showed the results in before-and-after photos. Franco posted her results on Instagram Stories on Wednesday, Jan. 22.

As In Touch reported, she showed her incredible weight loss results. This comes seventh months after she welcomed a new baby girl into the world. She shared a photo on Instagram Stories to show what her new body looks like after baby.

Franco looks incredible proud of her results. She showed off her new physique in a black long-sleeved shirt and matching leggings. The TLC star also showed a before photo that included the caption: “Almost 5 months ago. Right after baby.”

She’s become a fan favorite after appearing on the spin-off series, 90 Day Fiance: The Other Way with her husband, Ronald Smith, who’s from South Africa. The couple just welcomed their first child together in July 2019 — a baby girl, Carley. Franco also has a son, Daniel, from a previous marriage.

She shared her first weight loss photo earlier in the month when she revealed she lost 16 pounds. But she didn’t give the details of her diet and fitness regimen, as reported by In Touch. One fan asked her how she lost the baby weight.

Finally, she added, “I need to be active and when you keep that mentality, no matter what you will lose the weight.”

She’s been hitting the gym more these days. She shared a photo of herself in head-to-toe black workout gear.

Franco has been feeling herself lately and it shows. Fans love her body positivity. She’s exuded so much confidence that fans are inspired by her journey. The mother of two says she has “more to go,” but is proud of the progress she’s made.

Her health and wellness journey are exactly that – a journey. It’s not a New Year’s resolution. She’s received mostly positive comments and some body-shaming comments. In an Instagram Q&A, one fan asked her about her weight loss journey.

“How much weight have you lost?” the fan asked. “YOU LOOK AMAZING!”

“Do you people even know what skinny means?” an online troll wrote. “I don’t think you know what it means… 56″ hips. Ok, skinny where?”

Tiffany Franco fired back and said she loves her body as it is. She accused the troll of being “angry” at her appreciation and love for her new body.

“However I advise you to not project that onto me,” Franco added. “What you feel towards yourself has nothing to do with me.”

Tiffany Franco and Ronald Smith are still together. The couple appears to be happy, as evidenced by their respective social media accounts. In October 2019, they celebrated their one-year wedding anniversary.