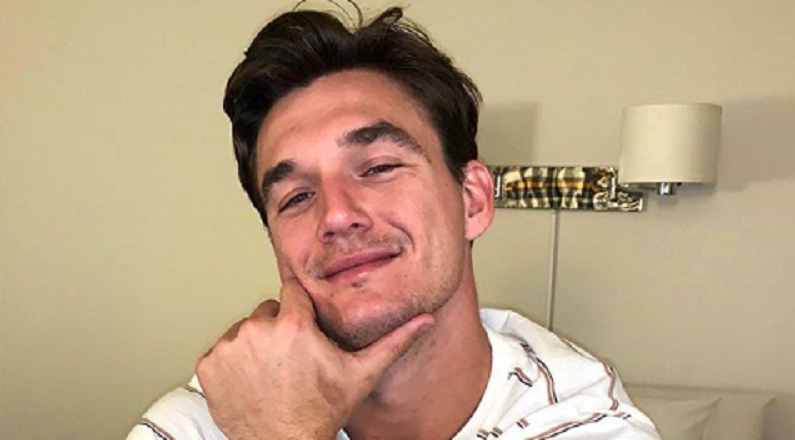 Bachelorette alum Tyler Cameron has been with his share of beautiful women. He previously dated Gigi Hadid, Hannah Brown, and Anastasia Karanikolaou in the past few months. TV Shows Ace reported that he wants to move on from his Bachelorette past. But that doesn’t mean he’s going to stop dating Hollywood women.

As reported by ABC News, it all started with an internet meme which consisted of photos of Dolly Parton that shows how people present themselves on different social media sites. This viral challenge led other people to share their photos as well.

“Shoot, is THAT why no one swipes?” Garner jokingly asked.

The 47-year-old actress hasn’t responded to the 26-year-old’s flirtatious comments. It looks like she rejected his virtual rose.

The Bachelorette star and Kylie Jenner’s BFF have reunited despite the split rumors. Fans saw them spending time with exotic animals, including a boa constrictor and a scorpion, according to Life & Style Magazine. Their respective Instagram Stories had similar videos. The rumored couple attended a party hosted by YouTuber David Dobrik’s on Sunday, Jan. 19.

Dating rumors first swirled back in November 2019 when Cameron was spotted kissing an unidentified blonde who appeared to be “Stassie” Anastasia Karanikolaou. Shortly after the incident, the two started following each other on Instagram. The former Bachelorette contestant clearly wanted to move on from Hannah Brown. He removed all photos of her from his Instagram. Cameron also reportedly “liked” a comment that stated he was her third choice.

Is the ‘Bachelorette’ alum returning to television?

Even though he was just a contestant during Hannah Brown’s season of The Bachelorette, he’s still making news. As reported by Showbiz CheatSheet, he hinted that he will be returning to television soon. It all started when Bachelorette/Bachelor in Paradise alum Dylan Barbour tweeted that producers should have put “me Mike and Tyler in a van to spy on these girls in order to report back to Pete.”

He referenced to Brown’s season of The Bachelorette. One fan responded: “literally anything to see @TylerJCameron3 on TV again.”

“Be back soon with something different,” Cameron responded. This is interesting news for Bachelor Nation.

“Paradise?” another fan asked. Others think that Cameron’s relationship with Karanikolaou could get him an appearance on Keeping Up with the Kardashians. However, a podcast hosted by Betches’ Kay Brown and former Bachelorette/Bachelor in Paradise contestant Derek Peth shared a screenshot of Cameron’s tweet on their Instagram page.

They included the caption: “UPDATE! Check our insta story for the answer.” According to the pair’s Instagram story, Cameron is working on a show called Barkitecture which is about “building extravagant houses for people’s dogs.” She laughs and the video ends.

Omg is our favorite boyfriend coming back to tv?💀 @tylerjcameron3

It could be a joke. But the show is currently in development, according to an Entertainment Weekly report. Rumors have been swirling that the former construction worker is linked to this project.

What are your thoughts on Tyler Cameron’s return to television? Sound off below in the comments section.

Don’t forget to check back with TV Shows Ace on the latest news on Bachelor Nation.

Moriah Plath Sticks It To Her Strict Parents With New Instagram Photo
Marlon Wayans’ Netflix Original Halloween Movie ‘Boo!’: What We Know
Kanye West Wasn’t As Committed To Kim Kardashian As She Is To Him
Danielle Busby Gives Sneak Peek Of Her Hot Mom Bod In Snug Jeans
‘Pretty Smart’ Netflix Release Date & What To Expect