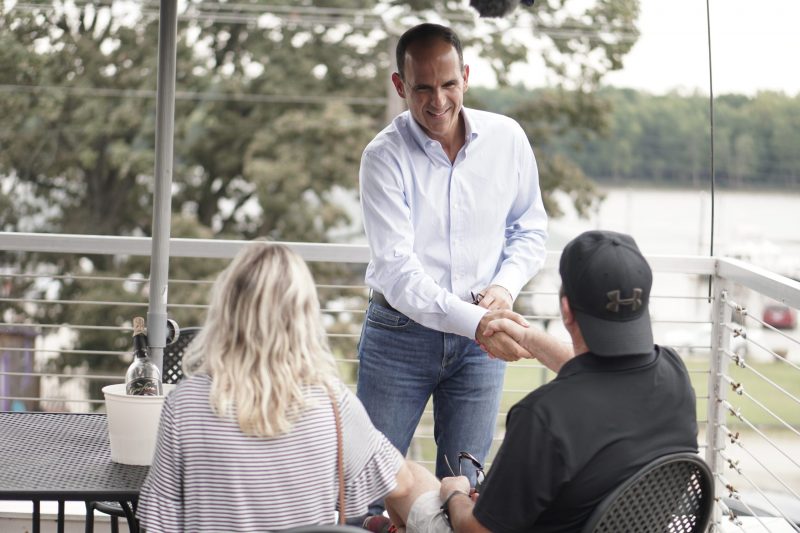 The Profit sent an important message with Rise of an American Floodtown, which showcased Marcus Lemonis as reality TV fans haven’t seen him before.

The Profit is the most important TV show you can watch this week.

Tuesday’s episode “Rise of an American Floodtown” was a complete departure for CNBC‘s reality TV series, but also established the Marcus Lemonis project as the best reality show on television. Ironically, it’s because the episode was not a reality show at all.

The Profit normally centers around Lemonis trying to rehabilitate a struggling business. He evaluates each company and then makes a deal: he’ll invest his own money in exchange for a percentage of the equity. And as part of the deal, he’s 100 percent in charge, making whatever changes necessary for the business to succeed.

It’s a compelling show already. But on Tuesday, Lemonis completely abandoned the format. He traveled to Grafton, Illinois to see how business was impacted by a devastating flood. And what started as an investigation became him helping an entire city to get back on its feet.

It’s impossible to watch “Rise of an American Floodtown” with dry eyes. Either witnessing how much people lost, or seeing them put things back together again, this is incredibly emotional television. With all of the difficulties that our country is going through right now, seeing people overcome adversity means something. It’s positive entertainment in the middle of a largely negative news cycle.

But the episode isn’t about making TV at all. It’s not Marcus Lemonis coming into Grafton like a hero, writing a big check, and making everything okay. In fact, it’s not really about Marcus; he does invest in a former bank building in the city, but most of what viewers see is him educating, inspiring and enabling other people to move forward.

The Profit explains how FEMA buyouts actually hurt Grafton’s economy—because once a home or business owner sells their property to the government, the city can’t rebuild or redevelop it. Marcus talks with the mayor about what it takes to run the city—not just physically but financially, mentally and emotionally. And he’s hands-on helping citizens to fix flood damage and clean up their storefronts.

Marcus accomplishes his mission of understanding how nature can affect a town’s economy. In so doing, he educates the audience as well. He explains why some citizens are moved to leave and others stay and fight. But more than that he showcases good people. They ultimately help themselves; Marcus just gives them the knowledge, and the tools, to do so.

CNBC has slowly expanded The Profit‘s brand in recent years with a number of specials. Episodes have gone to Cuba and Puerto Rico to look at international economies and explored the business of legalized marijuana. The show has also dug into the big business of Las Vegas.

This is a very smart move on the producers’ part, because it shows just how much business extends beyond the boardroom and beyond numbers. We think of business as this big concept, with lots of zeroes and big technical terms, and we can’t connect with it. The Profit shows that business is incredibly relatable, and tells the human stories that deserve to be told.

“Rise of an American Floodtown” is Marcus Lemonis once again setting an excellent example of what a businessman, and a human being, should be. But it’s not just his example—people can learn from everyone The Profit meets.  It’s a story of how, through business, we find not just our livelihood but our identity, our community, and our life.

If you missed this The Profit episode, here’s the opening that shows the devastation in Grafton. It also features Marcus Lemonis speaking with the mayor:

How to watch The Profit

Want to see the full episode? The Profit will repeat “Rise of an American Floodtown” on CNBC throughout the week; check your local listings for time and channel. The episode is also available on Hulu.

New The Profit episodes air every Tuesday at 10 p.m. ET/PT on CNBC.