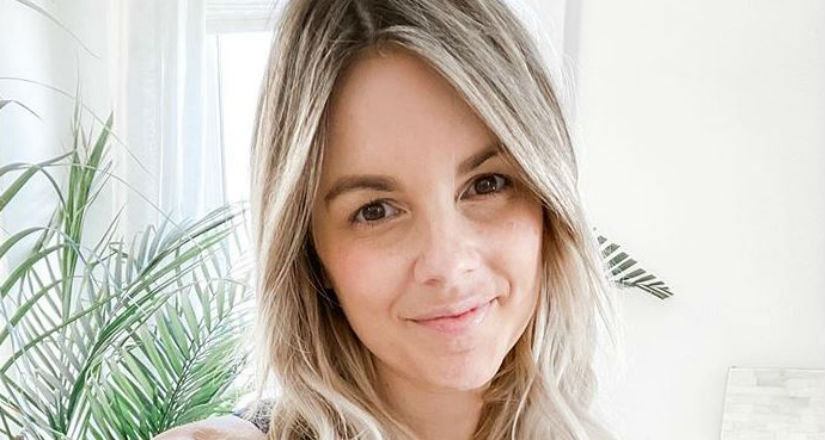 Ali went to Instagram to share the news of her diagnosis with fans. She has always been straightforward with her followers through the good and the bad times of her life. The first thing Ali said was, “GET YOUR SKIN CHECKED.”

Ali went on to say she received the diagnosis a few weeks ago. She shared she nearly fainted in the doctor’s office when he mentioned the word cancer. Ali said, “Thankfully, the type of skin cancer I have is rarely fatal and really never fatal when you catch it early. It’s called Basal cell carcinoma.”

She went on to share photos of the mole on the left side of her body before it was biopsied. She hopes this will give fans something to look at and compare to moles of their own. Ali also pointed out the scar above her bellybutton that she says is from skin cells removed six months ago that could of possibly be cancerous. She has vowed to never expose her stomach to the sun without proper sunscreen again.

GET YOUR SKIN CHECKED. A couple weeks ago I found out I have skin cancer. When my dermatologist used the c-word, I just about fainted in his office. Thankfully, the type of skin cancer I have is rarely fatal and really never fatal when you catch it early. It’s called Basal cell carcinoma. Swipe to the third pic to see what my mole looked like before I got the biopsy done (so you know what to look for). It’s on the left side of my body. The scar right above my belly button is from when I had cells/skin that may be cancerous removed six months ago. Needless to say, i’m never exposing my stomach to sun without sunscreen again! . . Basal cell carcinoma is super common. The most common skin cancer. You probably know someone who has it. So it’s no big deal. But what IS a big deal is not treating it and treating it early. That is why going to a dermatologist and getting your skin checked every year is SO important (I now go every 3/6 months). The VERY first thing I did when I got diagnosed was text my family on a group text urging them all to get their skin checked. So I’m doing the same for all of you, my extended family, right here and right now. I’m lucky it wasn’t melanoma. And I’m lucky that I caught it early. Moving forward I plan on making it a priority of mine to use the best natural products on my skin and be rigorous about applying sunscreen and reminding all of you to do the same! I love you guys! Take care of yourselves! #skincancer #skincancerawareness #skincancerprevention #basalcellcarcinoma #basalcell #skincheck

Her advice for fans, family and friends

Ali went on in her post to say basal cell carcinoma is very common. She even said most people probably know someone who has or has had this form of cancer. Catching the disease early is a must and Ali recommends going to the dermatologist at least once a year to have your skin checked out. Ali shared she is now going every 3 to 6 months.

She shared the first thing she did after being given her diagnosis was text her family and tell them all to go get checked. She continued, “So I’m doing the same for all of you, my extended family, right here and right now.”

Ali says she is very lucky it was not melanoma. She says she’s very lucky they caught the cancer early. Ali said, “Moving forward I plan on making it a priority of mine to use the best natural products on my skin and be rigorous about applying sunscreen and reminding all of you to do the same! I love you guys! Take care of yourselves!”

She followed up her original post stating she has a minor surgery on January 30 to get the cancer removed. She promised to keep everyone updated on her progress.

Fellow Bachelor alum and Married at First Sight star Jamie Otis commented on Ali’s post. Jamie said, “Yikes. So glad you’re going to be ok!!!🙏🏻 And thanks for this ….I have a mole that my husband noticed has grown and it’s a little weird looking … he keeps telling me to get it checked and I keep putting it off but after your post I’m making an appointment!💗”

Ali is a perfect example of a celebrity using their status for good use. Tons of people vow on her post to get checked. Some have even voiced their own past diagnosis’ of skin cancer.

TV Shows Ace is sending positive thoughts to Ali as she goes through her procedure.