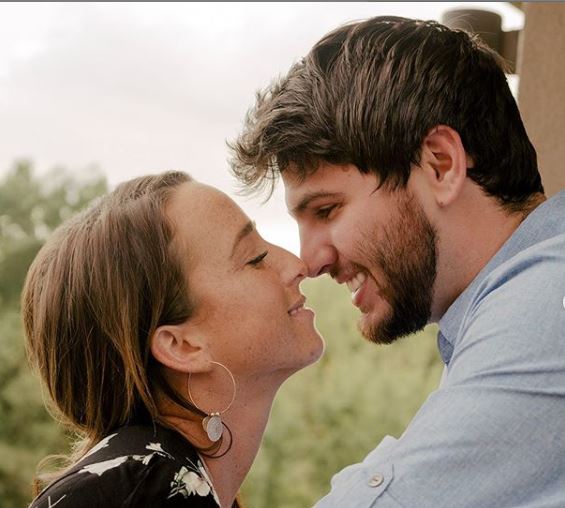 Married at First Sight is by nature an extreme and extraordinary risk in finding lifetime love, but as one of the Season 10 grooms, Derek Sherman, asserts, “it’s worth any risk to find love.”  The producers of Married at First Sight took their own risk for this season of the arranged marriage reality show.  They opted to go “bigger and better,” so they thought, with five hopeful couples heading for a future together.

Sadly, Season 10 is proving to be fraught with despair.  Normally, the honeymoons of Married at First Sight have touches of anxiety, but the romantic getaways generally promote the first opportunity for physical and emotional closeness.  This week’s, January 22 episode, “One Night Spouse,” sees two couples in completely different spaces soon after arriving in Panama, even after close and cozy wedding nights.

The breakfast brunches with the new in-laws and friends hold both tender and tense exchanges, but at least for now, everyone is given the benefit of the doubt.

The sweet and sour of ‘Married at First Sight’ brunches

None of the five couples opted for intimacy beyond kisses and snuggles on their wedding night.  Katie Conrad confessed that she and Derek did come close to going all the way, but didn’t consummate their vows.  Brandon Reid described how Taylor Dunklin “fell asleep on top of me” after chatting into the night.  He also presented her with a lovely “forever” pendant, inscribed with “Mrs. Reid.  The lovely remembrances make the very public news of the pair’s annulment of their marriage this early on a disappointment, and still, somewhat predictable.

Brandon got the brunt of scrutiny from Taylor’s family for his morning brunch. “How do you treat your women?” was a question straight out of the gate.  Brandon was a little blurry from his Married at First Sight first day, and it was clear that mom wasn’t really trusting of his salesman-like pitches for fidelity.  Taylor has high standards, and again, made it clear that she “won’t be disrespected.” Brandon’s family did express hopes that she was the right one to bring out the best in Reid.

Unfortunately, news has already spread, per January 21 reports from TV Shows Ace that Michael Watson and Meka Jones have also divorced.  Meka was featured on Married at First Sight: Unfiltered, in the January 22 preshow, and it was clear from her comments that she was being evasive about the details of her union.  Issues were already arising for this pair the day after their vows when Meka awoke to Michael ordering breakfast.  She said that she didn’t like trying new foods, and he questioned her willingness to be a Married at First Sight bride.  His brunch with her family was also a little testy.   He admitted that he had been “emotionally unfaithful” in prior relationships, and in “situations I never should have been in.”  The remarks are confusing considering that Michael is the first in his family to ever be married.

Mindy Shiben made a marvelous impression on Zach Justice’s clan, but he was a bit too slick for her best friend, Shanne, who doesn’t quite trust his sincerity.  She senses that Zach’s Married at First Sight stint may simply be a boost for his career. Jamie Otis and Pastor Cal Roberson gave Zach big points for his wedding proposal at this ceremony, along with his respect for his bride, and making her day special.  Mindy was advised to make herself vulnerable so that Zach would feel free to open up to her.  Some honeymoon remarks later were more open than anyone wanted.  A bonus clip showed a beautiful moment of Zach’s father dancing with Mindy, for the father-daughter dance. Big kudos to this family for stepping up in the perfect way.

The sweetest morning breakfast moments were reserved for Austin and Jessica, who instantly felt at ease with her mother-in-law, saying “she fit right in with our family.” Jessica seems to understand the protective nature in Austin’s mom and is very willing to roll with it.  On the same note, Austin assured Jessica’s twin sister and brother-in-law that he was out to make their marriage last long beyond eight weeks.  The cheers are audible through the screen for this couple.

Derek gets bonus points as a true standup guy, too.  He not only continues to convey his devotion to Katie’s family, but he firmed up his commitment by asking for her father, Dante, to give his blessing to the marriage.  Katie also got glowing words from Derek’s side, and she said her training as a therapist suited her perfectly to coax her new husband to open up.

The Married at First Sight elation soared when the five couples learned they were heading to Panama, but the joys didn’t last the night.

Upon arrival to their island paradise, the Married at First Sight couples met up for a champagne toast.   They looked each other over, and instantly, the tension between Meka and Michael came across. “They looked like they were forced to go on vacation together,” Derek said bluntly, and Mindy also commented on the “tension you could cut with a knife.”

Heavy revealed some of the honeymoon heartaches.  In scenes from the couple’s suite, Meka charges that Michael “is completely different off-camera.” She alleges that he insisted that if she did not consummate their vows with him on the honeymoon, he was out of this marriage.  Under questioning from friends and family on Married at First Sight, Michael responded as a perfect gentleman, saying that intimacy was a matter that was up to Meka.  Michael decides to leave the room for the night, insisting that he was only trying to become “a better husband.”  He and his luggage roll into a separate room.  He expresses hope that the difficult start can be a springboard to something better, but it appears not to be realized.

An unexpected turn happens between Mindy and Zach. The romance, the kisses, and the connection that appeared on their wedding day went south.  Mindy notices that her new husband doesn’t seem as attentive to her as some of the other grooms. He washes his face first thing as he enters their room.  In a video shared later, Mindy is walking down hotel hallways, saying that she doesn’t want to go “back in that room.” She declares that Zach told her that he had no attraction to her, provoking her to feel that “this is a big mistake” with very contradicted feelings.

Much happier tones are heard from Katie and Derek, Jessica and Austin, and even Taylor and Brandon.  These three couples seem set on discovering more of each other, and Katie and Derek are determined to use some latex-free condoms.

Jessica and Austin are darling in bed.  She can’t keep from giggling, and he knows she’s going to start.  This bride and groom begin their honeymoon with hilarity and a high potential for love.

Rough times are sure to be ahead, but determination and the right heart can ride even the steepest waves.  Stay tuned to Married at First Sight Wednesdays on Lifetime.