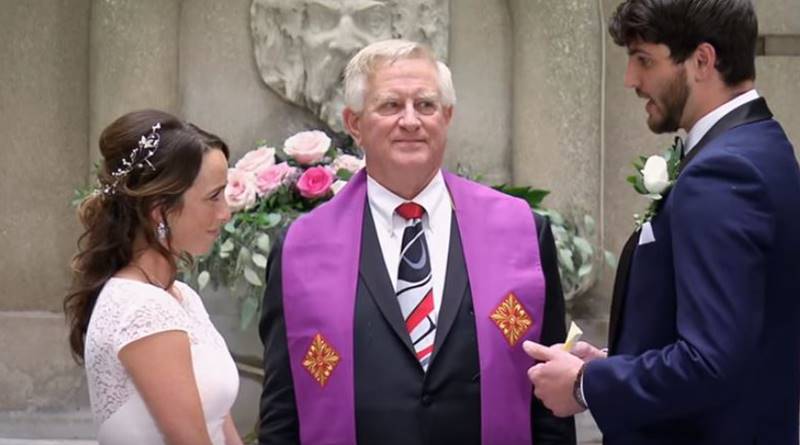 TV Shows Ace reported that nothing indicates anything major that prevents Austin and Jessica from making a go of it. The main issue likely seems the fact that Austin travels for work a bit much. But, the happy-looking couple probably works through that. Likewise, Heavy reported that fans of the Lifetime show felt Derek and Katie looked promising initially. The outlet shared a poll and noted, “Katie and Derek tied in first place with Jessica and Austin for couples who fans think… stay together on Decision Day.

However, happy feelings and flirting don’t make a marriage. And signs emerge indicating some problems with Katie and Derek. In fact, a clip for the show reveals Derek used the word “b*tch” to describe his wife. Hmmm, not a good sign of success. But, there’s more that suggests they fail as a couple. Also, the clips show them arguing quite a lot. Bear in mind that former MAFS stars came over a bit less optimistic than fans of the show.

Married at First Sight: Couples Couch – not so enthusiastic

On the Married at First Sight: Couples Couch earlier, couples from the show discussed possible outcomes. During the wedding episode, Bobby Dodd and Danielle Bergman noted their reservations. Bobby, in particular, came over a bit skeptical. Feeling it couldn’t work, his wife also agreed on holding the same opinion. Other alums also felt a bit uncertain about Derek and Katie. Ashley Petta and Anthony D’Amico noted that with this couple, only time could really tell. They felt it way too early to predict an outcome.

Meanwhile, much like Jessica and Austin, the spoiler fansite on Instagram, MAFsfan, never really dished much on them either. Then, Reality Tv World reminds viewers that despite a seemingly common ground with dogs and studying, that Kristine Killingsworth noted, Ashley thought it was good that they “like each other.” But, she wouldn’t commit to them working out. Meanwhile, her ex-boyfriend also looms in the background which might cause problems.

Bear in mind that he suddenly started declaring his affection for Katie, hoping to “win her back.” So, while for the time being, they look reasonably safe to fans, the alums of the show don’t feel anything’s certain with this couple. What do you think? Sound off your thoughts in the comments below.