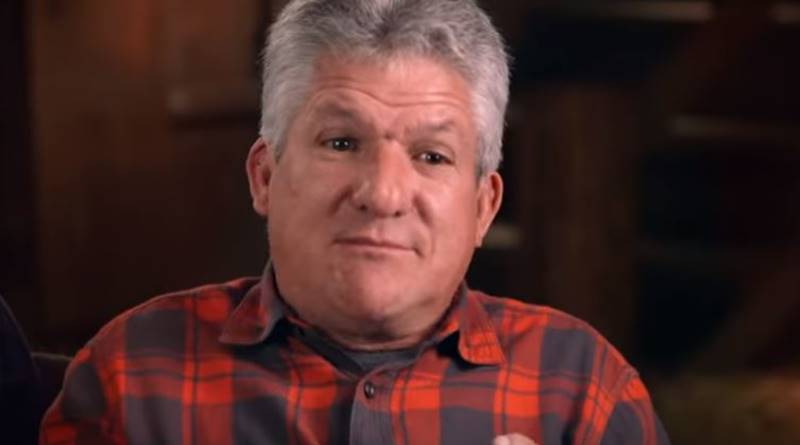 LPBW grandad Matt Roloff fell instantly in love with Tori’s new daughter Lilah. In fact, he’s already waiting for her, Jackson, and Ember to run around enjoying life together. But, that’s still some time away. Nevertheless, that doesn’t mean he’s not making the most of Lilah, still very much a tiny baby. And, he’s already defined her as a “personality,” whereas Jackson is the “professional.”

Ember and Jackson reached that adorable stage where they start becoming slightly more than toddlers. Curious, talking more, and so very loving, Matt enjoys them hugely. Meanwhile, Bode and his cousin Lilah, still small babies bring him pride and pleasure as well. But, TV Shows Ace noted that he said on Instagram he just “can’t wait to see [Lilah] running around with cousin Ember and big brother Jack.”

But, the patriarch of LPBW enjoys his time with Lilah now as well. Delighted to babysit, he took to Instagram about it on Wednesday night. He showed Lilah looking like a stare-down winner. Fans agree that baby stare-downs simply rank at the top of grand-parenting delights. Matt said that Tori sent him the photo of Lilah.

Matt captioned the cute photo of Lilah with, “That feeling you get when your daughter in-law @toriroloff sends you (me) your favorite photo ever of “miss personality” Lilah Ray!”

He then noted that he and his girlfriend Caryn were”blessed again to babysit “the professional Mr Jackson Kyle.”

Then, he mentioned that with her older brother, came ‘”the personality, Lilah Ray.'” He added,  “I couldn’t take my eyes off her the entire time she was over. I think she thought the same same thing about me. :))). What a great stare down time we had together!”

Naturally, fans loved the post, as Lilah’s beautiful, and she smiles so sweetly. Plus, grandpa Matt dotes on these grandchildren. Here’s what some LPBW fans said to Matt:

That feeling you get when your daughter in-law @toriroloff sends you (me) your favorite photo ever of “miss personality” Lilah Ray! Caryn and I were blessed again to babysit “the professional Mr Jackson Kyle” and the “the personality, Lilah Ray”. I couldn’t take my eyes off her the entire time she was over. I think she thought the same same thing about me. :))). What a great stare down time we had together! #lovelovemygrandbabies #lilahgotgrandpasfullattentiontoday #misspersonalitylovesherolderbrother #shegivesthesesmilesawayforfree #nocharge

Will we see Lilah’s birth on a new season of Little People, Big World?

Amy Roloff’s still moving the last of her stuff into her new home in town. The Hollywood Gossip reported that she leaked something about an upcoming season for the TLC show. She mentioned on her social media that her move’s covered in a season of the show. And, seeing Lilah arrived while she stills moves in, perhaps fans see something of her arrival in the world.

One thing’s for certain, these grandchildren bring lots of love and pleasure to both Matt Roloff and his fans. What do you think about Matt describing Jackson as a “professional,” and Lilah as a “personality?”  Sound off your thoughts in the comments below.

Remember to check back with TV Shows Ace often for more updates about Tori and Zach Roloff’s baby and the rest of the cast from TLC’s LPBW.