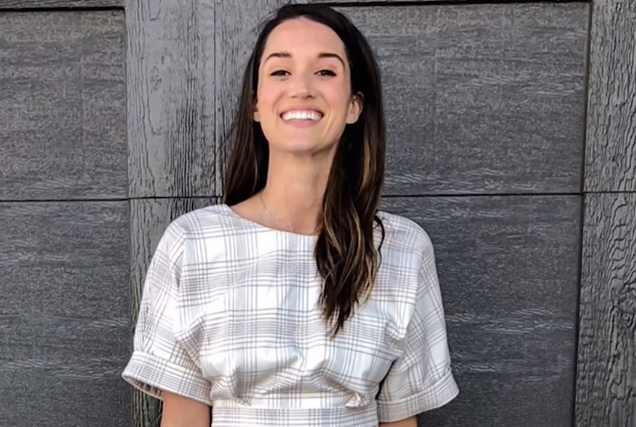 Jade Roper took no negativity from a mom-shamer after she dressed her 5-month-old son, Brooks, in a pink dress with a tulle skirt.

Brooks Adorable, So Where’s The Problem?

“Put Brooks in some of Emmy’s old stuff,” she captioned the photo of Brooks on her Instagram Story. She posted the photo on Wednesday, January 22nd, referencing her and Tanner Tolbert‘s daughter, Emerson, 2.

The Bachelor alum shared a screenshot of a message from a disgruntled follower. The message read, “How could you dress your son like a girl? Posting it and then laughing? I’ve never seen anyone trying to make fun of their own baby. You need help!”

Jade Roper captioned the screenshot, “Whoa. This won’t be the last time Brooks will find himself in girly clothing, what’s wrong with dress up!? I wasn’t making fun of him, he looks adorable.”

Brooks was born in July to Jade and the Bachelorette alum, Tanner Tolbert, 32. Ever since Brooks joined the world, Jade has been defending her parenting decisions.

I asked Emmy what I should caption this and she said, “Brooksy on the couch.” She calls him Brooksy now and it’s the friggin’ cutest. 😍

Jade Roper Is Taking Down The Haters, But In The Nicest Way

In December, Jade Roper was asked to “put up a warning” before she posted a picture of herself breastfeeding. She clapped back to this on her Instagram Story, she emphasized that breastfeeding is a natural way for babies to eat. She will not be putting a warning up when she chooses to share this with her followers. She even mentioned that people often see more of a woman’s chest in a bikini picture than in a breastfeeding picture.

In October, she described this mommy-shaming that she and Carly Waddell, fellow Bachelor in Paradise alum, had experienced. She explained that moms already deal with enough guilt. They try to be the perfect parent for their kids, but of course, mistakes happen. Around the world, there are different parents and parenting styles. Even her next-door neighbors parent their kids differently than she does. Every parent is just trying to do what is best for their family, but people always come in and try to bring them down.

UsWeekly says Waddell agreed with Roper and praised her for her clapbacks. She shared that sometimes you feel so strongly about something that when you put it into words, it couldn’t have been worded better. She says Roper says exactly what every mom wants to say, but they don’t know how to properly. She shuts them down, but in the nicest way.