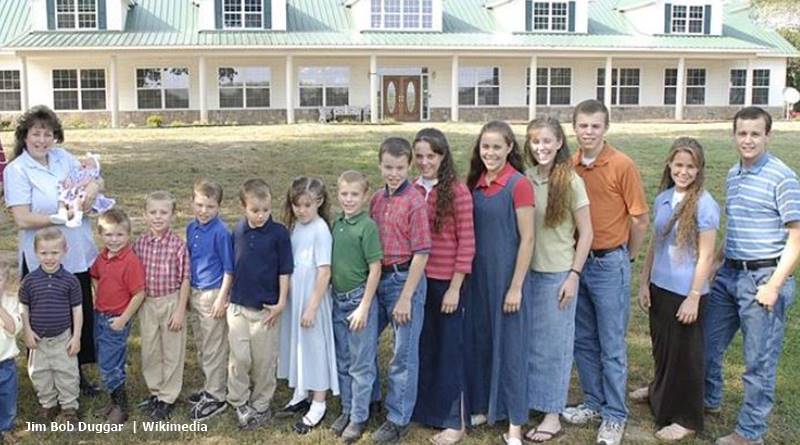 Duggar fans suspected in 2017 that Jana Duggar dated Caleb Williams. Actually, the rumors started with him featured in a photo of the Duggar family at dinner. Never proven, anything going down ended anyway.

Caleb was arrested and charged for allegedly sexually assaulting a minor girl in late 2018. Now, the results of the case indicate a probationary sentence.

At one time, social media and tabloids threw around the idea of Jana dating Caleb Williams. A longtime family friend, he denied that on Facebook. TV Shows Ace noted many rumors arose about Jana dating. In fact, we covered speculation that Jim Bob wanted less of Laura DeMasie around the place. Fans suggested that she and Jana fell in love. Actually, lots of people theorized Jana never married because she prefers women.

Similarly, we noted that none of the rumors that Jana dated Caleb Williams ever provided proof. InTouchWeekly reported that Caleb “frequently” hung around with the Duggars. But, they also noted he deleted the pictures on Facebook. However, they noted that in “January 2018, he finally shut all the courting rumors down.”

He posted, “Now to clear the fog and avoid any confusion: Read my lips… I am not dating Jana Duggar.'”

Charges of alleged statutory assault on a minor against Caleb

Radar Online reported on the charges again Caleb. They noted that he faced two counts. These included aggravated criminal sexual abuse, and involved a finger and his personal bits penetrating a victim aged between 13 and 17. He faced court in January this year. The Duggar Family News: Life is not all pickles and hairspray, on Facebook shared extracted documents that showed the outcome.

The document shows count 1 dismissed and Count 2 resulted in a guilty verdict. It also noted a “partially negotiated plea agreement” tendered. On Count 2, he received “18 months probation,” an admonishment and “appeal rights.” One person commented on the Facebook post, saying, “18 months probation. That’s it.” Nothing yet came out from the Duggar family. But, Radar noted long back in their report that they distanced themselves from the whole thing. 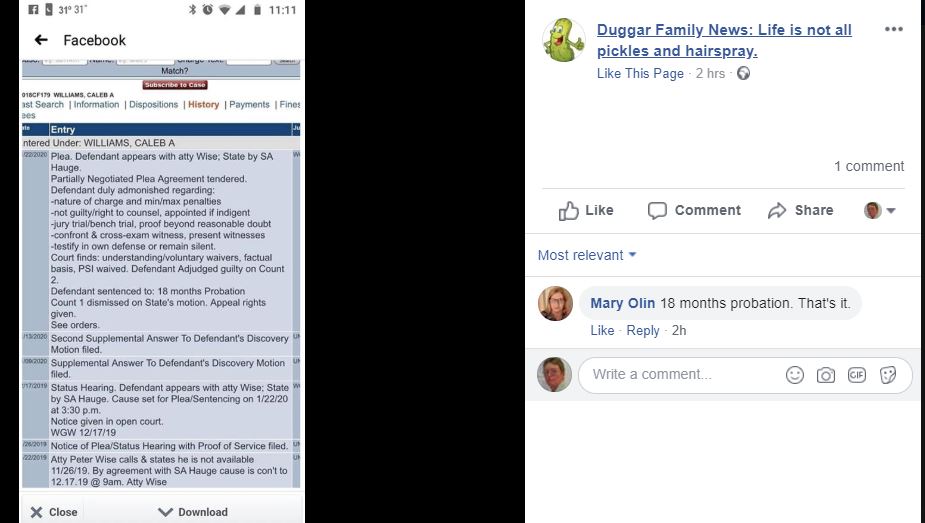 Of course, for fans, the similarity to Josh and his assaults on his sisters featured high on social media. But, it looks like the offenses happened in Illinois and not Arkansas. What do you think of Caleb Williams found guilty on one charge, and the courts imparted only a probationary sentence? Sound off your thoughts in the comments below.