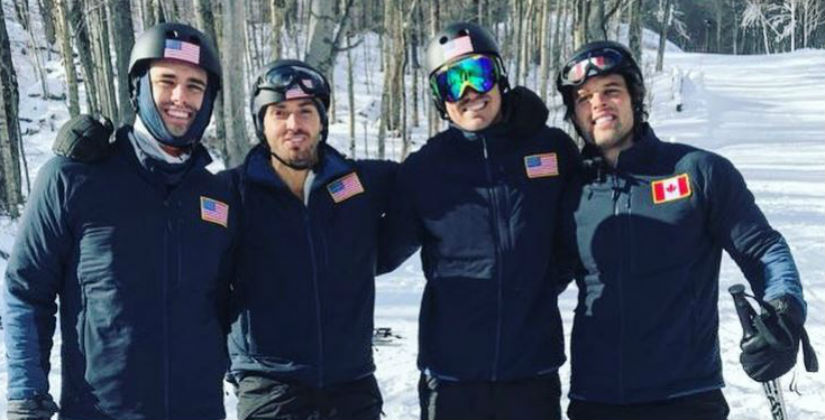 They pulled it off once and they might be pulling it off again. Rumors are swirling that Bachelor producers are looking for contestants to be on a short spin-off series this summer. The show would be created and filmed in honor of the 2020 Summer Olympics.

Reality Steve went to Twitter to share the news that he has been hearing rumors the show will happen. If it does occur, it will obviously be this summer somewhere around the time of the Olympics. And, no need to worry Bachelor in Paradise fans, Steve says both shows will be airing over the summer.

Steve’s tweet said, “I’m hearing “Bachelor” production is asking around for contestants to be on “Summer Games.” Hearing it would film in May and, I assume, air like “Winter Games” did. It will NOT replace BIP. Both would still air this summer.”

He continued, “Contestants from the franchise, not just any randoms to be on. My guess is they would do some international contestants again like they did for “Winter Games.” Just heard about this so not many details, but it makes sense they’d do this is in a year of the Summer Olympics.”

The Bachelor Winter Games aired in February 2018 as an alternative to watching the Winter Olympics. The show used past contestants from the United States, as well as, international contestants. The show put contestants against each other while also looking to fall in love. In the daytime they participated in sports while at night they sat around the fire, sipping wine and falling in love.

Winter Games featured many favorites from past seasons of The Bachelor franchise. Some of the cast back then were former Bachelor Ben Higgins, Dean Unglert, Eric Bigger, Jamey Kocan, Josiah Graham and Luke Pell. The females were Ashley Iaconetti, Bibiana Julian, Lauren Griffin, Clare Crawley and Lesley Murphy.

Couples that formed on Winter Games

The show ran four episodes over two weeks and featured a total of 26 competitors. One of the couples that formed while there was Ashley Iaconetti and Kevin Wendt. Her short lived relationship with Kevin is one thing that triggered her now husband, Jared Haibon, to realize he truly did love her.

There were other couples that formed as well, however, none of them lasted long. Since his split with Ashley, Kevin met, fell in love and is now engaged to Astrid Loch. The two reside in Canada and are currently planning their wedding.

There is no word on which possible contestants will be joining Summer Games should it come to light. One name that fans are already throwing around is fan favorite Tyler Cameron from Hannah Brown’s season.

Stay tuned and TV Shows Ace will keep you informed of any new developments.