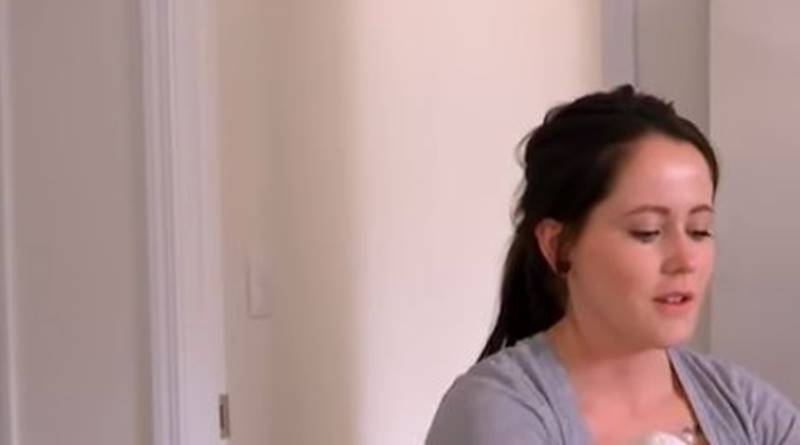 Teen Mom 2 fans seem very confused about Jenelle Evans and David Eason right now. And to complicate things even further, new rumors and a quick denial that she might be pregnant arose. David posted a photo about a week ago of Ensley, as he now gets time with his daughter. A new photo reveal has fans really confused.

TV Shows Ace reported that Jenelle “dropped her restraining order on David.” Mid-January, fans wondered if this meant a rethink about the divorce. And, just days later, they were seen together in Nashville, Tennessee. We noted in another article that they did have Ensley with them. So, while it looks like the divorce still goes ahead, they might have come to an arrangement for him to see his daughter. After all, he’s still her dad, and as far as anyone knows, he’s not been banned for contact with his daughter by any custody court.

However, obvious confusion arises as David shared another photo of him with Ensley. Obviously not a selfie, some fans wondered on Wednesday if Jenelle took the photo. One fan noted that the chair in the picture and the window were identical to the ones in a video that Jenelle shared on YouTube a week ago.  It seems that Teen Mom 2 fans grow very confused, as it looks from the date of the photos and the video, that David and Jenelle may have been together for about a week. But, as other fans pointed out, probably they just try co-parenting right now.

Convinced that Jenelle may be pregnant because she seems to have a baby bump, Jenelle took to her Instagram Stories. Heavy noted that she shared a sideways picture of herself and yes, it looks like a bump. But, Jenelle said it’s not. She captioned it with, “No I’m not pregnant. #Truth.” Then she added that she’s working on it, and used the hashtag #pudge.” Of course, Jenelle got a bit cryptic with that, as it’s not clear if she works on being pregnant or works on getting rid of the pudge.

Jenelle doesn’t always lie as such, but she often tries getting cryptic and lets through half-truths, fans think. So it’s no wonder Teen Mom 2 fans just get confused. On David’s newest pic of Ensley, one fan said, “Okay she needs to stop lying and saying on twitter to everyone that she’s not letting you see her and that she’s not letting you come over.” But others pointed out people can co-parent without being in a romantic relationship, and things may have changed on the custody front.

Is the divorce off, is she pregnant?

However, confusion reigns over Jenelle. Is she pregnant with David’s baby? Is the divorce off, are they getting back together? With Jenelle, many fans just think all they can do is sit and watch the never-ending drama play out. What do you think? Sound off your thoughts in the comments below.