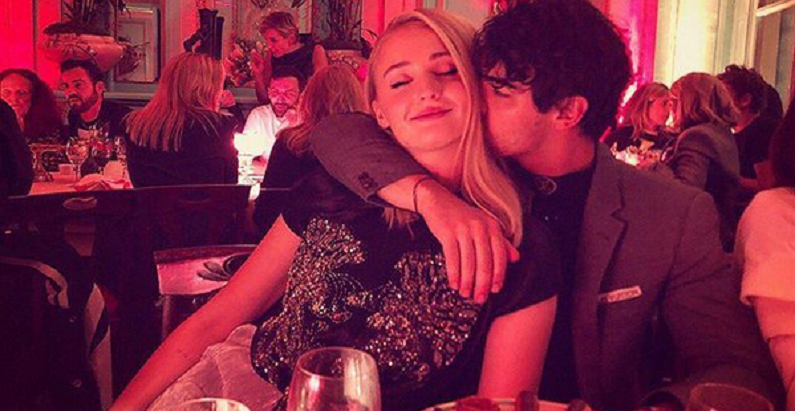 Sophie Turner has since moved on from Game of Thrones. She revealed that she wants to do something a little more lighthearted this time around. The actress wants to play Miranda on the Lizzie McGuire reboot. This comes after TV Shows Ace reported that the series has been put on hold.

The 23-year-old expressed her interest in joining the reboot. She also learned of the news that production has been put on hold since the showrunner left. On Instagram, she said that she’s “obviously devastated.” But Turner is still holding out hope for the reboot to happen.

She took to Instagram on Monday night, Jan. 20 to talk about the Lizzie McGuire reboot. Why not? It’s been on everyone’s minds lately. The reboot will star Hilary Duff as she reprises her role as an adult version of the lead title character. On her Instagram Story, Turner remarked that she would love to play McGuire’s best friend Miranda Sanchez, as reported by People.

“Is Miranda appearing in this season? Because I’m here,” Turner said. “I’m available. I am your new Miranda. Lizzie McGuire people, please reach out to me.”

Lalaine Vergara-Paras, otherwise known as Lalaine, played Miranda on the original Disney Channel series from 2001-2004. However, Lalaine was noticeably absent in the conclusion The Lizzie McGuire movie. Even though she posts a lot of Lizzie McGuire throwback posts, it’s not clear if she will return to the Disney+ reboot.

“And then he throws you right off track And all you know is how much you need him. Time will tell you where his heart is really at.” Who can finish this lyric? 💫

Inside the Magic reported that the Lizzie McGuire executive producer and showrunner, Terri Minsky, stepped down from the reboot due to creative differences. Production has been temporarily halted as a result. Minksy was the creator of the original Lizzie McGuire series and understands the attachment that fans have to the original. Fans have been distraught over this news, especially since the reboot is now on hold, with no reports of when production will resume.

Hilary Duff teased her return to Disney Studios on Instagram. She shared a photo of herself posing in front of the iconic building with the caption “…” It appears that Duff is in the Disney Studios building located in Los Angeles. It’s possible that she’s having talks about the show. Maybe she could ask them about having Sophie Turner take on the role as Miranda. Hopefully, the reboot will happen sooner rather than later.

Game of Thrones may be over, but Sophie Turner hasn’t ruled out the possibility of reprising her role as Sansa Stark in a spinoff of the show. Variety asked her if she would ever take on the role again at the SAG Awards on Sunday night, Jan. 19. Turner isn’t really interested. She admitted that it would take a lot of money for her to do it again.

“I would give anything to go back to what we had, but it wouldn’t be the same,” Turner admitted. “It would be different, different people running it. I don’t want to be a part of it. Unless they give me big bucks, I’m not doing it!”

Of course, money talks. But that doesn’t mean that you’ll be seeing her on a GoT spinoff anytime soon. The Lizzie McGuire reboot seems more likely at this point.

What are your thoughts on Sophie Turner playing Miranda? Do you think she would be perfect for the role? Or, would you rather see Lalaine reprise her role? Sound off below in the comments section.