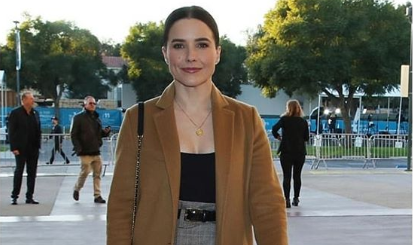 If there’s one thing This Is Us fans have learned, it’s to avoid attachment to any character on the show. So, should viewers expect to see Lizzie, played by Sophia Bush who won Kevin’s (Justin Hartley) heart and broke it in just one episode – again? That’s complicated to answer.

“We’re huge Sophia Bush fans, ” co-showrunner Isaac Aptaker said in an interview on Tuesday, January 21st. “Read into that as you will.”

However, Bush, 37, seemed to confirm Lizzie’s appearance on the show was a one-time thing. But, she is working on another project with the This Is Us team, a TV adaptation of Love Simon.

Sophia shared more about Lizzie’s future, she said it was just for a moment. She knew fans were upset about her leaving, she even felt bad about it. But the producers had asked her to come and sort of play a trick on the viewers. Everyone had assumed she’d be there longer, but they did have fun.

With that being said, the role would be an easy one to come back to, if it was called for. Sophia continued discussing her experience on the show. She mentioned she’d known many of those on the show since she started acting, it felt like a reunion. The producers of This Is Us are working with Bush on Love Simon, and they shoot right next door so they all see each other nearly daily. 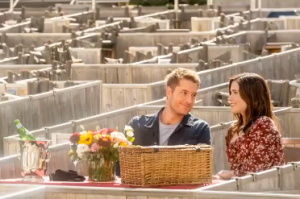 Who Is Kevin’s Future Love Interest? We Are All Dying To Know

Once the news broke that the One Tree Hill alum would be appearing on the show, fans began to wonder if she was Kevin’s love interest. After the mid-preview, it’s known that Kevin will soon have a fiancée and child in the near future.

According to UsWeekly, the drama showed some insight into Kevin’s situation during the Tuesday, January 21st episode. The episode showed him talking on the phone while in bed next to a blonde woman. It was also revealed that he was in Pittsburgh for Sophie’s (Alexandra Breckinridge) mother’s funeral. So one might assume he’s in bed with Sophie, but it can’t be for sure just yet.

The next episode, “Hell of a Week: Part Two,” will follow Kevin to Pittsburgh. Here fans will see why he attended Sophie’s mom’s funeral and if he has any interaction with Sophie. They will also find out what it’s like for Kevin to be back home again. Aptaker confirmed these answer will be coming. Adding that this Kevin-centered hour will show fans a deep dive into Kevin and Sophie’s past.