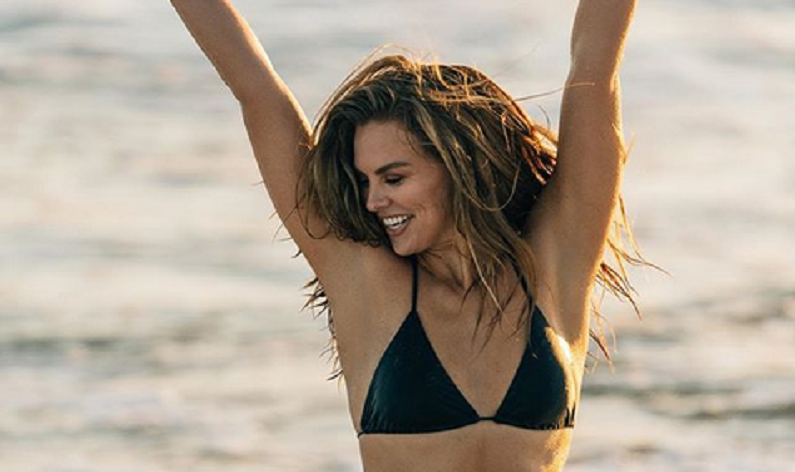 Hannah Brown has been everywhere lately. As TV Shows Ace reported, she’s been in almost every ABC reality show. She even returned to the mansion on the season premiere of The Bachelor. However, Peter Weber told her that she is his biggest heartbreak and had her leave.

Of course, he still has feelings for her. But does that mean they’re getting back together? Bachelor Nation rumors have been swirling later. Hannah Brown dropped a major hint on social media, causing some fans to wonder if they’re dating.

Is she dating Peter Weber?

Earlier this week, the former Bachelorette had an Instagram Live chat to answer fan questions and to clear up the rumors. While the Bachelor NationBachelor Nation has been wondering about Brown’s relationship with Weber, she has confirmed that she’s single. On Monday night, Jan. 20, she was asked if she was dating anyone to which she answered “Nope.”

She also talked about her recent trip to the doctor’s office and birth control after a fan asked her if she was pregnant. As reported by The Hollywood Gossip, another rumor is going around that the twist at the end is that Weber got someone pregnant.

Will Hannah Brown return to Bachelor in Paradise later this year?

It sounds like Brown and Weber’s relationship is officially over. She has since confirmed that she’s not seeing anyone. Now fans are wondering if she’s going to show up on BiP to find love once again. She also said “no” to that question on her Instagram Live chat, according to MSN Entertainment.

She also talked about her future goals. Chris Harrison better watch out because she could take his spot. Brown expressed an interest as a Bachelor Nation host. She’s also interested in hosting another television show. Maybe she could get her own talk show.

Emotions came flooding back that he considering ditching The Bachelor for last season’s Bachelorette, according to ABC Action News. In his latest interview, Weber admitted that he was in his feelings from the moment he saw her. That’s when he decided he wanted to give their relationship another chance.

“Yeah, I did, as crazy as it sounds,” he said. “I considered doing whatever I had to do to try and give it another shot with her, and that was just me being in the moment. Call it smart or not, but that’s the truth.”

Weber also admits watching their interaction play out on television “wasn’t easy.” He admitted that those emotions came flooding back once again. Weber called their conversation “very raw and very real.” What you saw on The Bachelor was what really happened.

Brown and Weber will always be linked to each other, no matter what. You can’t talk about The Bachelor without mentioning The Bachelorette. This season is expected to have a rough landing because of how the show ends. Some fans think Weber will end up alone, while others believe he got someone pregnant without knowing and sending them home. Otherwise, it’ll be an interesting season.

What are your thoughts on Hannah Brown? What she should do next? Sound off below in the comments section.