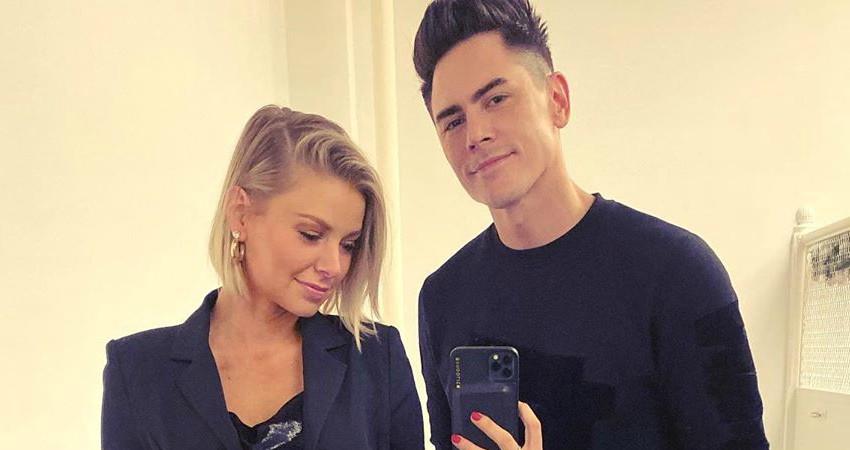 Vanderpump Rules star Jax Taylor and Tom Sandoval had a heated argument about their new homes. In the Season 8 premiere, Tom vented to girlfriend Ariana Madix about Jax’s need to ‘one-up’ everyone.

According to Tom, instead of being happy for his supposed BFF, Jax turned it into a competition. Tom felt slighted because owning a home is a relationship equivalent to marriage for him and Ariana.

Vanderpump Rules fans may have noticed that Tom and Jax’s homes look very similar. The similarity wasn’t lost on Stassi Schroeder. However, according to Jax and Lala Kent, there is one big difference between the homes.

Tom and Ariana don’t own any furniture. During an appearance on Watch What Happens Live earlier this summer, Lala made the shocking claim as a joke. The couple have been in their home for almost a year, so surely they must own furniture by now? Not according to Jax.

Reality Tea reveals that Jax claims lack of furniture is why none of their co-stars have visited the new home. Even more shocking, Jax outed his friend for renting furniture on an as-needed basis. He said,

“They don’t have furniture. They rent furniture weekly when they have people over. You’ll see it. It’s hilarious.”

Jax went on to compliment the home as gorgeous. Jax being Jax, he couldn’t resist throwing a little more shade. One issue he has is why two people who don’t want to have children would need such a big home.

“Why do you need a six-bedroom house with two people? That’s weird…. to me, again.”

Despite calling Tom and Ariana’s home beautiful, Jax said it has nothing on his home. The former model called his home “the best,” noting his home has a backyard, pool and barbecue.

The trailer for Vanderpump Rules Season 8 previews a tense argument between the close friends. The tension began during the Season 7 reunion when Tom defended co-star James Kennedy.

Jax claimed during the premiere episode that he hadn’t heard from Tom regarding his upcoming wedding. When speaking to fiance Brittany Cartwright, Jax brought up the possibility of stripping Tom of his best man duties.

However, the situation was seemingly resolved when Tom showed Jax the text messages he sent to Jax. Text messages Jax responded to but claimed not to remember.

VPR stars Jax and Brittany got married over the summer of 2019. Viewers can expect a play-by-play of Jax turning into a groomzilla. Fans already got a preview by Jax’s tantrum over Tom missing a pre-bachelor party, which Tom doesn’t think is an actual thing.

Episode 2 of Season 8 featured an emotional revelation by Vanderpump Rules’ Ariana. The usually stoic star confided in boss Lisa Vanderpump about her depression. Ariana told Lisa that some days she could barely get out of bed.

People magazine reports Ariana’s explanation for the discrepancy. When a follower accused her of reshooting the scene, the VPR star said “pickups” are common in the reality show industry. According to Ariana, some scenes need to be filmed again but that it doesn’t affect the realness of the conversation.

“Pickups are in every season and every episode. happens when something doesn’t line up, a shot is blurry, etc. just a way to fill in the gaps. nothing about pickups makes the show inauthentic or our conversations less real.”

Neither Tom or Ariana have responded to Jax’s allegation that they rent furniture. Jax seemed to imply it will be addressed on the show.