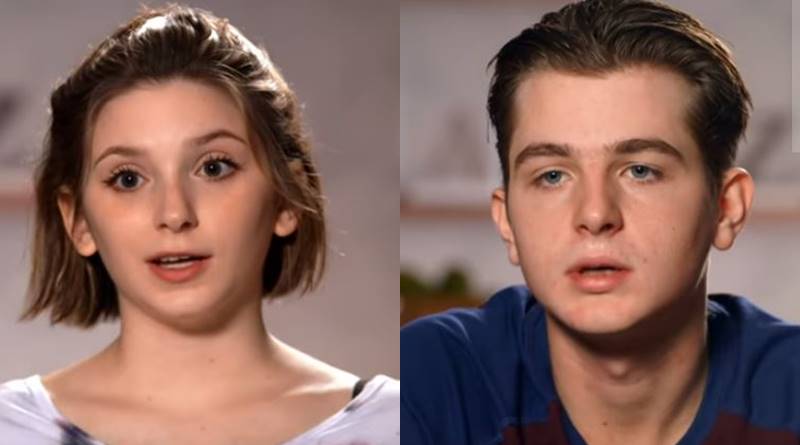 Unexpected fans know one thing about Caelan Morrison: he always looked out for McKayla and his kids by working hard. He provides a home for them and seemingly lets McKayla spend whatever she needs on herself and the children.  They split, but got back together and moved into their new home. But, maybe he’s finding it difficult to stay within his budget. Now, he took to the GoFundMe website to raise funds for a van for the kids.

On Monday, January 20, Caelan opened a GoFundMe for the very first time. So far, his target of $5,000 got no support at all and sits on zero. In his appeal for funding, he wrote, “Help us raise money to get a mini van for the kids. Anything helps. Thought I’d give go fund me a try.” Well, he might get some sympathy from fans as he tries so hard as a provider for his family. But, McKayla draws a lot of criticism. Plus, she’s quite free with spending money while he works hard supporting her.

During the last season of Unexpected, fans felt that McKayla seemed very entitled. One critic noted, “I feel so sorry for the father of McKayla Adkins babies. She is so damn mean and rude to him. The whole family is. Talk sh*t about him cause he goes to work trying to support his family. She asks like a spoiled brat. I wanna throw sh*t at the tv. Whenever she is on,” Another noted, “I just….don’t get McKayla like she managed to find the one guy on this show that busts his ass and has a good job and…..she’s mad?”

I just….don't get McKayla like she managed to find the one guy on this show that busts his ass and has a good job and…..she's mad? #unexpected pic.twitter.com/TwUnxR7XbX

So, far it looks like they manage a civil relationship with the kids in their new home. McKayla excitedly showed fans around the place on her YouTube. Earlier this month, the Unexpected star did what she called a “Tattoo Tour” of the latest additions to her body. She’s trying to get a “tattoo sleeve.” She noted that she just went off to the parlor and started getting them done. They are extensive, but there are a few empty spots. Tattoos can cost up to about $300 per hour, and if they become large and complex, they can run to thousands, Tattoo Models Net noted.

No doubt, fans wonder who’s paying for all those tatts. If it’s Caelan Morrison, it’s unlikely his gofundme will get much sympathy from Unexpected fans. What do you think? Do you admire Caelan for trying to raise funds for something he needs for the kids? But, at the same time, do you think Mckayla’s priorities lie in a different place? Will you support his fundraiser? Sound off your thoughts in the comments below.