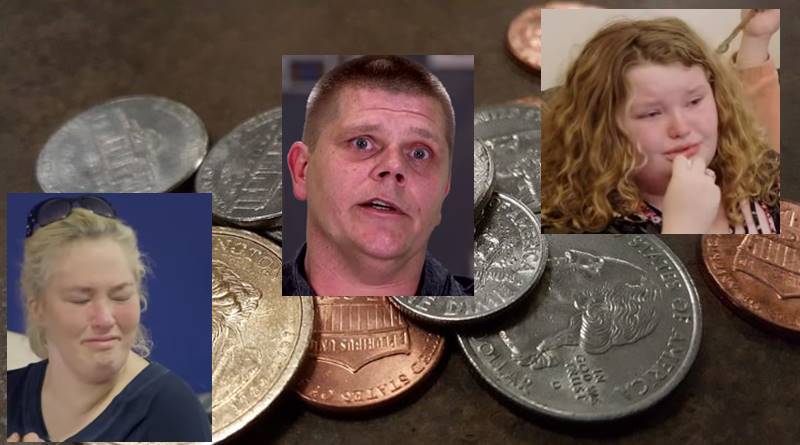 Mama June Shannon fans heard a tale of a declining lifestyle for the once-popular WEtv star. Once revered for her weight loss in From Not To Hot, she became estranged from her family. It came after she and Geno Doak got arrested for drug paraphernalia. Refusing a family intervention, she sold her home and took off in an RV. Since then, she spent time living in hotels and casinos. Now, it looks like she’s in dire financial straits as she reportedly sold her diamond ring.

TV Shows Ace reported that June couldn’t pay a hotel bill. She ended up being asked to leave as she came up shy of the total bill. But, she then went off to look for another hotel to stay in. It came after we previously reported about her and Geno trashing her hotel room, presumably in a domestic argument. Frequently, she’s been seen in casinos looking worse for wear and rather shabby. TMZ kept track of her whereabouts and her lifestyle over the months.

In June last year, TMZ reported that at least Honey Boo Boo’s money is now protected from her estranged mom. They noted that an attorney [stepped] in and moved her money into a new account that Mama June can’t touch. They added, that the family grew very “concerned Mama June might try to use her daughter’s assets to fund her gambling and alleged drug habit.” Well, that now seems like an excellent idea. It certainly looks like Mama June’s financial stability has declined as she recently sold a diamond ring.

Once more, TMZ hit on June’s dwindling fortunes. This time, she allegedly sold a diamond ring for $1,500. Their sources tell the outlet that it was “a low-ball offer.” But, she never argued and took the cash. Apparently, the transaction took place at a pawn shop called Cash America in Stockbridge, Georgia on Thursday last week. The ring, described as perhaps a wedding or engagement ring, might be the one Geno Doak, gave her in March 2019, they speculate.

Then again, they also suggested it might be one that Sugar Bear gave her. As he picked it up for $400, she might have made a good deal out of the sale. But they doubt that, as they mentioned that she went to a pawn shop and they don’t dish top-rated prices. It certainly looks like June’s money is dwindling and she now faces hardship. One has to wonder if, when it finally runs out, Mama June may turn to her family again.

Is June hitting rock-bottom what she needs to finally see that life on the road with Geno’s a go-nowhere situation? Whatever happens, June’s once-bright future now looks completely ruined. Sound off your thoughts in the comments below.

Todd Chrisley Talks About People Who Stab Him In The Back
‘Teen Mom 2’: Chelsea Houska Has A New Look And Fans Are Not Happy
WOAH!!! Sabrina Burkholder Stuns With Before & After Picture
‘Unexpected’ Star Myrka Cantu Flaunts Diamond Ring – Is She Married?
‘LPBW’ Isabel Roloff Slams Haters, Says They Can’t Bring Her Down