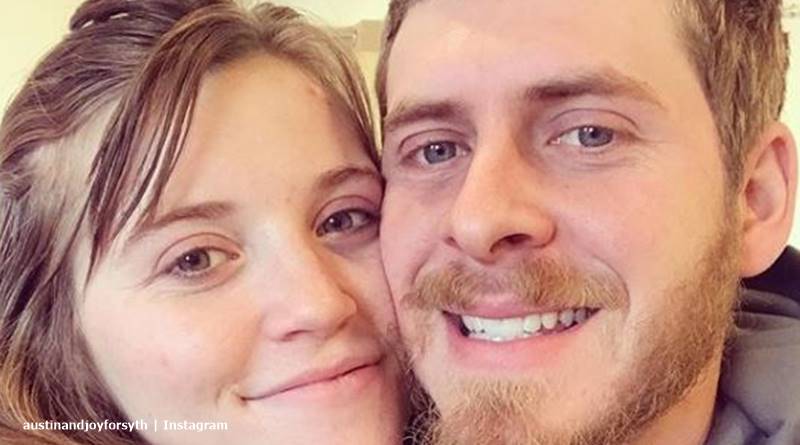 Duggar family news these days focuses around Derick Dillard who spilled loads of tea about Jim Bob and filming for TLC. Then, the Duggar family account on Instagram sparked a major debate again, about abortion and pro-life. But, Joy-Anna seldom posts contentious things. Mostly, her posts declare her love for Austin and her son Gideon. But, people still criticize. And, her loyal fans step up for her. Now, they hated on a follower who mentioned teeth.

Duggar fans know Joy-Anna can also hit back when necessary

While she seems like a pleasant person, wrapped up her precious little family, Joy-Anna’s quite capable of standing up for herself. In fact, TV Shows Ace reported in December, that she shared a picture of Austin, and said, “[he’s] a pretty outgoing personality once you get to know him!” That’s because he looked a bit serious in the picture. And her comment came after a critic said, “Austin seems so serious and strange, but this is sweet,” So, she put the person in their place, but very sweetly.

But often, loyal Duggar fans step up and tell off those who seem too intrusive.  InTouch Weekly noted that the critical fan who called Austin “weird” posted that at the height of the news that Austin was in some kind of trouble over a lawsuit.  It involved a septic tank that didn’t work properly. In fact, that sort of news is more likely to get people over on Joy-Anna’s Instagram to see what the Duggar daughter’s up to.

On Monday, Joy-Anna shared another sweet picture of her and Austin. She captioned it with, “You are my happy place!💝.” Then Anna Duggar commented, “The way you both adore each other is so sweet, you are such a beautiful couple!” Many fans said nice things about them. But, one follower chipped in with, “How come Austin never wore braces? Would you get them for Gideon once he’s older? Joy, do you ever wear a retainer at night for the top teeth? I see one tooth has shifted. Do you have a permanent wire on the bottom? Does the wire bug you?”

Well, fans hated that intimate question. Plenty of Duggar fans fired back. One said, “Austin and Joy’s teeth are really none of our business and besides they have beautiful smiles.” Then another one rushed in to say, “Is this for real!? Why are you that obsessed with STRANGER’S TEETH! Not only do you ask 5 questions about their teeth, you then go on to say “I see one tooth has shifted”! That’s a bit bizarre!” And, amidst the others who defended the couple, one person noted, “this was a nice comment section until you came along.”

Actually, more commonly these days, fans grow irritated with trolls and haters. Often they step in to drown them out. What do you think about fans hating on the follower who talked so intimately about Joy-Anna’s teeth? Do you think they were just curious, or was it invasive? Sound off your thoughts in the comments below.